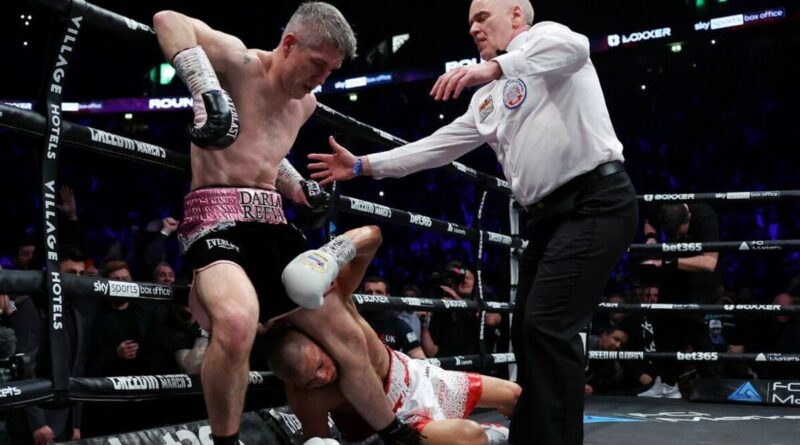 Chris Eubank Jr’s trainer Roy Jones Jr has supported theories that an elbow contributed to Next Gen’s stoppage loss to Liam Smith this weekend. Smith knocked out Eubank Jr in the fourth round of their grudge match as he became the first man to stop the Brighton boxer.

But there were calls from some fans that an illegal elbow was thrown during one of the final exchanges. Popular boxing Twitter page Boxing Kingdom (@BoxingKingdom14) posted a picture of what looked to be an elbow connecting with Eubank Jr’s head, with the caption: “Debate time: Do you think Liam Smiths win should be overturned by the BBBOC due to use of the elbow? Or should the win stand? Leave a comment below.”

“I knew it wasn’t a punch I couldn’t understand why he was so hurt and unbalanced…. Eubank said it out loud before the fight beefy is a dirty fighter…. I just thought he looked drained at the weight surely his corner seen this,” tweeted @Jayg147.

“I think the ref should have called it when it happened. But he hurt Eubank until the ref stopped the fight. Saw the fight twice now and that hit definitely did damage that impacted the fight. But it’s over so hopefully there’s a rematch,” wrote @somuchaudacity

But not everyone was convinced by the theory, @P_I_T_Punch added: “Do not be ridiculous. With the amount of punches being thrown in at quick succession there is no way there was any intent. The photo looks more to me like a follow through from the punch.”

Jones Jr, who has been training Eubank Jr since 2021, came under fire from Matchroom Boxing promoter Eddie Hearn this week as he suggested the boxing legend ‘had taken away’ some of Eubank Jr’s best qualities.

“I saw what we knew, which is Liam Smith is very good, very composed … And another guy who is completely lost in his boxing,” he told iFL TV. “Technically, Eubank has never been great, but what he’s always had is a fearless mentality, a great chin and a great engine. What he’s done with Roy Jones is completely take those assets away.”

Jones Jr fired back at Hearn’s comments and also shared a screenshot of the supposed elbow, writing: “Warning!!!! All boxers!!!!! Avoid Roy Jones Jr as a trainer! Never mind this elbow…… Just avoid him.”

“Damn, If I can take all that away from a fighter via training, no wonder I raised so much hell in my day!! That almost sounds like Godly qualities, And I’m nowhere near what God is.” 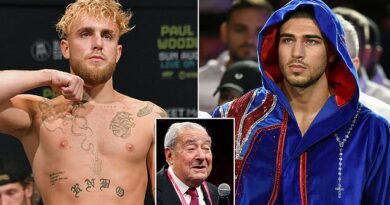 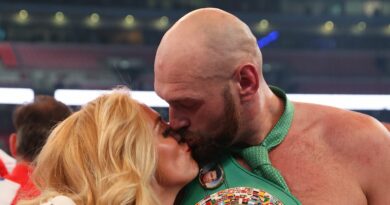