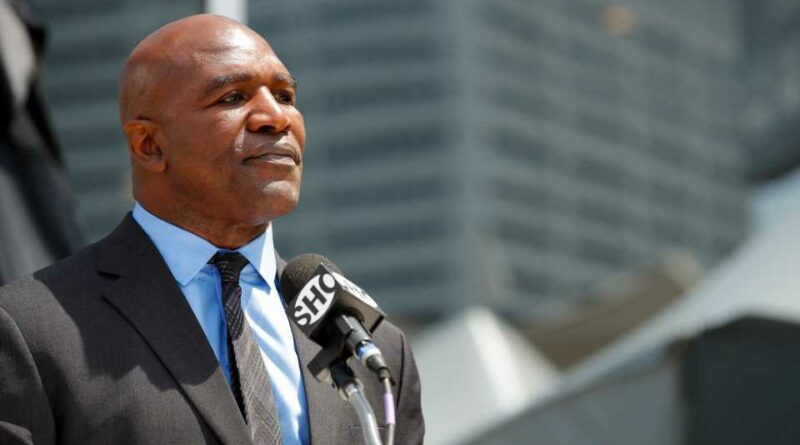 Oscar De La Hoya’s boxing comeback has been put on pause. The 48-year-old tested positive for COVID-19 and will have to withdraw from his Sept. 11 fight with Vitor Belfort as a result.

Instead, he’ll be replaced by another boxing legend. Evander Holyfield, 58, will fight in place of De La Hoya, per ESPN’s Mike Coppinger.

As Coppinger notes, the fight does face an obstacle in getting the California commission to approve Holyfield. But the fight should still go on, be it in California or elsewhere.

Holyfield has won 44 of the 57 fights he has participated in during his career. He was an undisputed cruiserweight and heavyweight champion during the late ’80s and early ’90s. He also notably had part of his ear bitten off in a 1997 fight against Mike Tyson.

Holyfield last fought in 2011 before retiring officially in 2014. He was scheduled to face Kevin McBride in an undercard fight during the summer, but that was eventually rescheduled. Now, Holyfield will have a chance to square off against Belfort.

De La Hoya’s fight was supposed to be his first since a 2008 loss to Manny Pacquiao. He was returning for a one-fight exhibition, so it remains to be seen if the boxer — who posted a 39-6 career record and won 11 world titles in six weight classes — will schedule another return bout.

Wilder vs Fury 2: Tyson Fury asks Richard Riakporhe and Lawrence Okolie to be his sparring partners