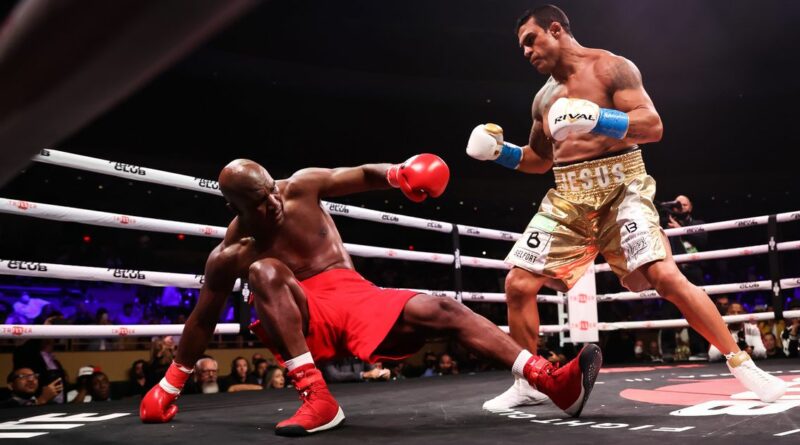 Evander Holyfield is determined to fight Mike Tyson for a third time despite his farcical return to the ring.

The legendary heavyweight champion concerned fans throughout fight week with his slow open workout and tough-to-watch interviews, and was easily beaten by Vitor Belfort in their Florida exhibition.

Holyfield slipped through the ropes and was dropped by the former UFC champion before the referee stopped the bout in the first of their scheduled eight two-minute rounds.

But despite his poor showing, Holyfield insist he has unfinished business with Tyson who made his own return against Roy Jones Jr last year.

Tyson and Holyfield fought twice in the 90s, with their 1997 rematch ending with 'Iron Mike' being disqualified after biting Holyfield's ear.

Holyfield was shelled up and taking punches from Belfort before the referee was forced to step in and call the fight, which he claims was "a bad call."

"He shouldn’t have stopped the fight that quick,” Holyfield said during his post-fight interview

“I wasn’t hurt, there wasn’t one shot that hurt me really bad. He got me with a shot and I was off balance, I’m not hurt, it’s kind of sad.

“The guy pushed me, the guy is strong”.

Holyfield stepped back into the ring on just a few days' notice after being called up to replace Oscar De La Hoya, who was hospitalised by coronavirus ahead of his scheduled return.

The California State Athletic Commission wouldn't sanction the event in any capacity, so the entire show was moved to Florida, where it was commissioned for a full professional bout.

But ultimately, the fight ended up being an exhibition, meaning that it won't appear on the professional records of either Belfort or Holyfield.

Holyfield had been staying in ring shape for an exhibition bout against Kevin McBride, having decided to come back to pursue a bout with Tyson.

Should Evander Holyfield ever return to boxing? Let us know in the comments section!

But at 58 years of age, fans were immediately concerned with how he looked on the pads at the open workout, with many questioning why Triller would allow the bout to take place.

The entire fight card was bizarre, and at times worrying, with former UFC middleweight champion putting away ex-light heavyweight titlist Tito Ortiz with one punch in the co-main event.

Jono Carroll and Andy Vences competed in the only fully professional fight of the pay-per-view, with Carroll winning a hard-fought decision to earn a WBA title shot.

But the bout was sandwiched between absurd exhibitions between Ortiz and Silva and the return of David Haye, who went the distance with pal Joe Fournier. 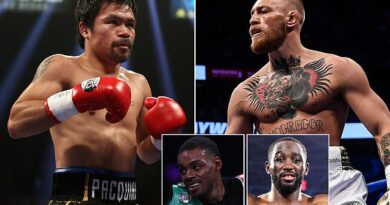 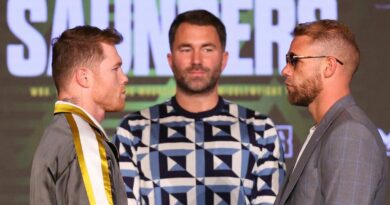