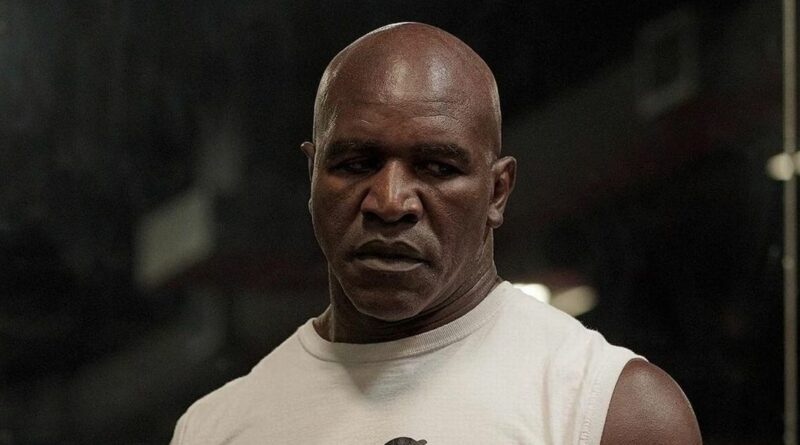 The legendary heavyweight, 58, makes his first appearance in a professional boxing ring since his last fight against Brian Nielsen back in 2011 which he won by tenth-round stoppage.

And he steps in in place of De La Hoya, who has been hospitalised after testing positive for coronavirus and is unavailable to make his hotly-anticipated ring return.

Holyfield's comeback has now been officially confirmed as taking place against former MMA star Belfort at the Seminole Hard Rock Hotel and Casino in Florida.

The contest has also been sanctioned as a professional fight after it's move to Hollywood, which will take place over the course of eight two-minute rounds.

Will Evander Holyfield beat Vitor Belfort? Predict the outcome in the comments below.

With the fight set to be broadcast live on pay-per-view via Triller, the label have organised a stack undercard that features a ring duel between former UFC legends Anderson Silva and Tito Ortiz, in addition to David Haye's ring return against Joe Fournier.

“TRILLER breaks the mould plain and simple. This event brings together the worlds of boxing, MMA, music, hip hop and four quadrants, Boys, girls, ladies and gentlemen; this is not your father’s Oldsmobile,” said Triller’s Ryan Kavanaugh.

“Evander Holyfield is in better shape today than when he last fought and this heavyweight bout is sure to be something for the history books.

The former American fighter initially signed with Triller on the pretences of holding an exhibition trilogy bout with Mike Tyson in a renewing of a legendary rivalry.

But it now looks unlikely despite Holyfield admitting that a fight between the pair could make over "$200 million" due to a huge interest.

"My views are you always help people. I try to pass on the goodness that was passed onto me," Holyfield told The Sun. "Where an opportunity is available, I like to make the best out of what I have. I believe if I fought Mike the fight will generate $200million (£145m).

"It will be the biggest fight there is. That’s the honest truth. I think Mike has my message already. If he is going to do it he is, if not then he’s not.

"It’s a decision he has to make now and we both have to be in an agreement.

“I’m not going to tell anybody what I’m going to do – my strategy I’m planning on using against Mike – I don’t want anyone to know.”

Holyfield and Tyson's famous bout was marred by the latter biting off Holyfield's ear during two heated bouts back in the primes of their successful careers.

And now that Tyson has walked away from the brand, he has been accused by Kavanaugh of "avoiding" a clash with Holyfield.

"We have an offer out to Mike," Kavanaugh told Sky Sports.

"We have been told that he is scared to fight Evander. There has been back and forth hoopla, there is a massive payday ready for Mike to fight on Thanksgiving. A massive payday, one of his biggest!

"But we can't seem to push it along. Now I have heard, from a number of reliable sources, that Mike is too scared. He thinks Evander would knock him out." 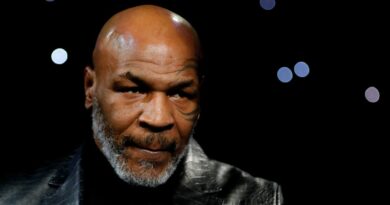