EXCLUSIVE: ‘If he was watching I don’t think he’ll be too keen’: Joe Joyce sets his sights on a showdown with Oleksandr Usyk after knocking out Joseph Parker… but doubts his former amateur rival will face him after his explosive showing at the weekend

Joe Joyce is gunning for a crack at Oleksandr Usyk after wiping out Joseph Parker at the weekend – but doesn’t expect his former amateur foe to be interested.

Joyce cemented his status as mandatory challenger for Usyk’s WBO crown on Saturday night, when a chopping left hook dismantled Parker in round 11 of their clash at Manchester Arena.

It was a serious statement from the Juggernaut, who became the first man to stop Parker – the former WBO champion – inside the distance. 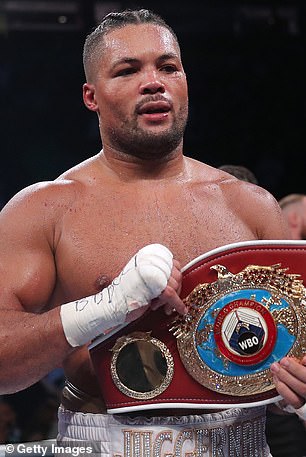 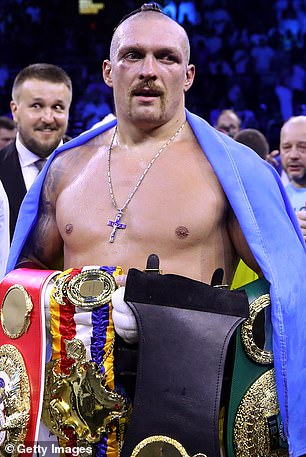 He remains at the front of the queue for a world-title shot, which could well come against Usyk early next year.

The Ukrainian, who holds three of the four recognised heavyweight belts, will be in need of an opponent if WBC champion Tyson Fury agrees a deal to face Anthony Joshua next.

It is believed his preferred backup choice is the hard-hitting Deontay Wilder, yet Joyce is adamant he should be competing for the WBO title next.

When asked which fighter he wants next, Joyce told Sportsmail: ‘Usyk, ‘cos he’s gonna have to defend the WBO against me. So he’s got to fight me next, if not he has to vacate and I’ll get elevated to champion. 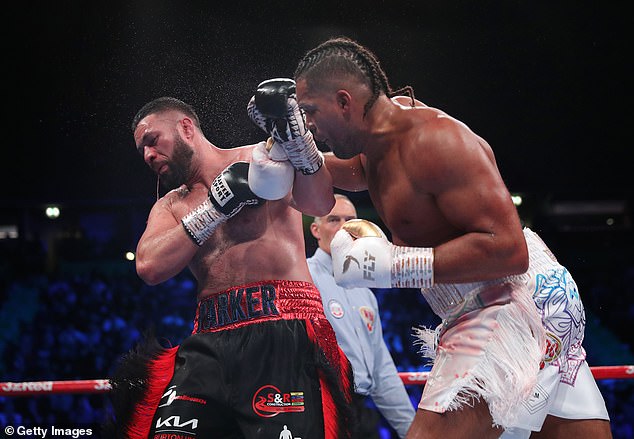 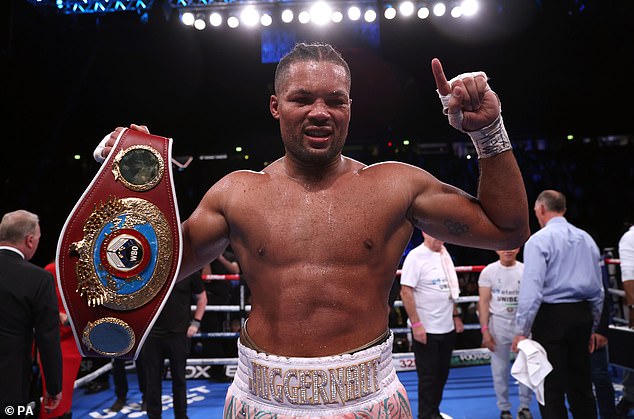 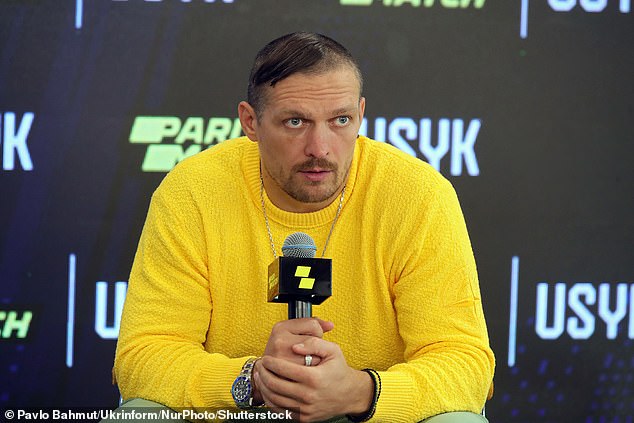 ‘If he was watching the fight on Saturday I don’t think he’ll be too keen, unless he’s scheming behind the scenes and he’s got a game plan. But I think he wants to fight Fury, but then Fury might be tied up with Joshua.’

Usyk is an opponent Joyce knows well after their amateur battle, which saw the latter outpointed by a man who would go on to become undisputed cruiserweight king and unified heavyweight champion.

He is hoping to etch his name even further into the history books by sweeping up all the marbles in boxing’s blue-riband division, with Fury in possession of the last-remaining belt.

However, Joyce is hellbent on avenging his amateur defeat against Usyk and believes he would be much better equipped to do so this time around. 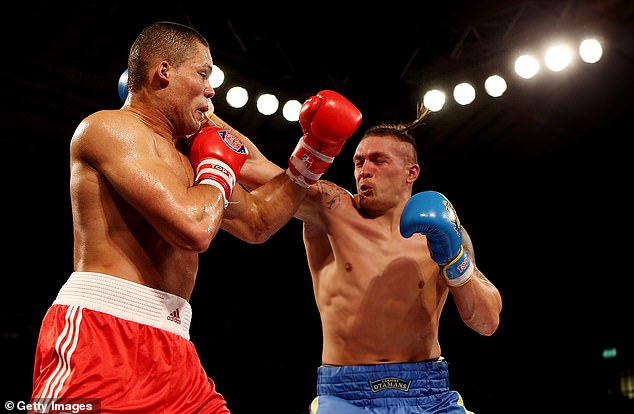 Usyk got the better of Joyce down in the amateur ranks, outpointing the Brit on the night

‘In the WSB (World Series of Boxing) I didn’t even have southpaw sparring, I had no experience fighting a southpaw,’ he said.

‘As a professional with smaller gloves and longer rounds I think he’s going to feel it over 12 rounds.

‘It’s a very tricky fight because he’s a great fighter, but I’d love that challenge to beat him.’