The Croatian heavyweight is set to return against Rydell Booker in November after a brutal one punch knockout of Alexandre Kartozia this month, but Hrgovic would not shy away from a showdown with rival contender Dubois.

Hrgovic offered words of encouragement to Dubois after they sparred in 2018, but promoter Eddie Hearn has hinted at eventful sessions between the big-hitting duo.

KO of the year from 'El Animal' @Filip_Hrgovic 🔥

“Great fight. We’ve all heard the sparring stories, let’s find out if they’re true or not,” said Hearn, who co-promotes Hrgovic with Sauerland.

“Two great young heavyweights, who are both top 10 in the world now.”

Nisse Sauerland remained tight-lipped about talk surrounding the Hrgovic-Dubois sparring, although he welcomed the prospect of a potential fight in the near future.

“I don’t really like to discuss sparring. But the way we see it? Filip is the best heavyweight in the world,” Sauerland told Sky Sports.

“We would fight Dubois, no problem, if the terms were right. He still has to beat Joe Joyce which is a very tough fight, Dubois should not look past it. But we would take the winner of Joyce vs Dubois any day of the week. I know Filip would be very keen on that fight. 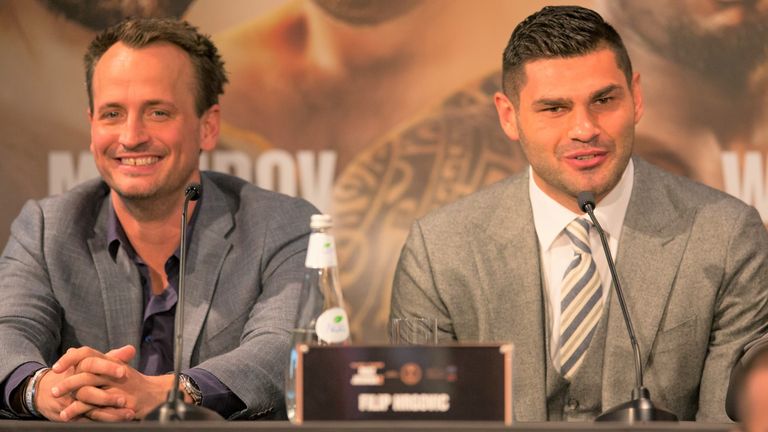 “The conditions have to be right – for a title of some sort. It needs to mean something, but we’re game. Let’s see if they are up for it.

“We want to progress as quickly as possible at the same time. We won’t wait for a Dubois or a Joyce – we believe Filip is far past them talent-wise. They aren’t bad fighters but they need to prove themselves against each other.

“We are waiting but we won’t wait too long for that kind of a fight. We have our sights set on some very big fights.”

Dubois and Joe Joyce have agreed terms for a rescheduled domestic clash this year behind closed doors.

Olympic silver medallist Joyce revealed that he has already spotted signs of vulnerability in his 23-year-old opponent. 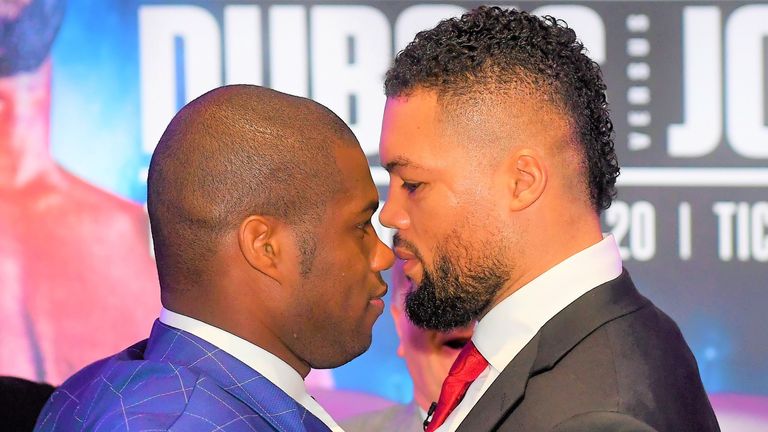 I’ll be throwing big, heavy, powerful shots and we’ll see if he can take those.

“The fight he had with Richard Lartey, he got hit and panicked,” Joyce told Sky Sports.

“I’ll be throwing big, heavy, powerful shots and we’ll see if he can take those.”

“Daniel has had a number of competitive spars throughout his short career,” Warren told Sky Sports.

“He put in good, 50-50 rounds with Hrgovic and even once sparked Anthony Joshua out.

“From our side, we’re happy to have Daniel booked in the biggest domestic heavyweight fight in years with Joe Joyce, who beat Hrgovic in the World Series of Boxing. Rather than worry about Dubois, maybe they should worry about their man and get him a proper fight.”

Babic also on a collision course with Hrgovic? 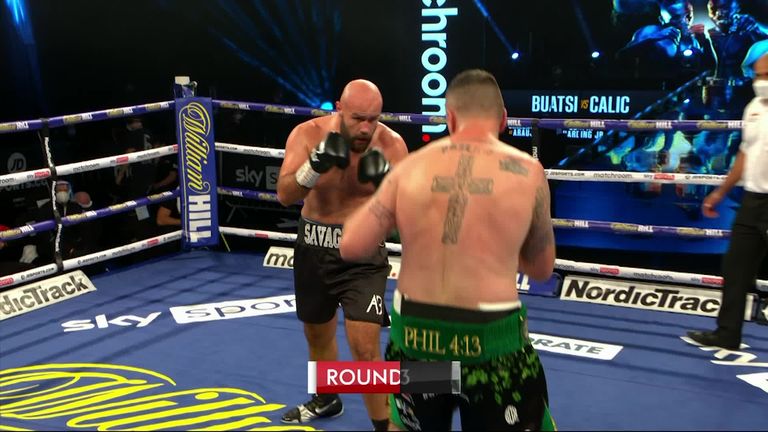 Fellow Croat Alen ‘The Savage’ Babic blasted out Niall Kennedy in the third round on Sunday after fuelling his heated feud with Hrgovic.

Babic launched into a expletive ridden response after Hrgovic had suggested he was a far superior fighter.

“Babic is not on my level,” said Hrgoic. “He struggled to become the amateur champion of Croatia.

“His behaviour is disrespectful. He needs to win a lot more fights.

📺 Babic is back in action tonight from 7pm on Sky Sports Arena @TeamSauerland pic.twitter.com/DXdXS295wG

“My message for him? Stay busy, go to the gym, work on your technique because, if you continue like this, you will never even get the chance to talk to me.”

Referring to his bitter rival, Babic recently told Sky Sports: “I really dislike him [Hrgovic] and I want to shut his mouth, because he’s a bully.

“He was born with a silver spoon, so I didn’t expect him to appreciate me.”