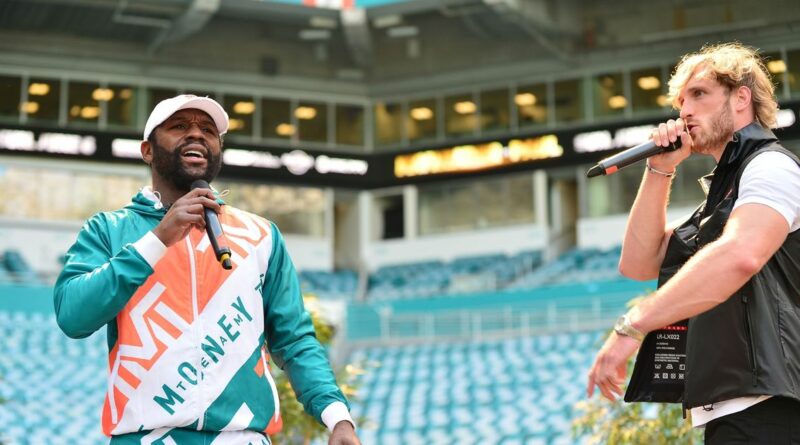 Floyd Mayweather has admitted the true reason for accepting a fight with Logan Paul – money.

The boxing legend will put his legacy on the line when he fights winless YouTube star Paul in Miami on Sunday night, but stands to make millions for the exhibition bout.

Mayweather retired in 2017 having made hundreds of millions for his bout with Conor McGregor which brought his professional record to a 50-0.

And despite the fact that his record will remain intact regardless of the outcome this weekend, many have questioned why he would take such a risk.

And speaking on a Showtime documentary made to promote the bout, Mayweather discussed his reasoning, essentially confirming that he is doing it for the money.

“My nickname is 'Money' for a reason," he said. "I believe in working smarter, not harder.

"So if it's something easy like a legalised bank robbery, I've got to do it. I have to do it.”

Mayweather is an unbackable favourite heading into the bout with Paul, especially considering that the YouTube star claims not to know the rules for the exhibition match.

Asked what the fight rules are for Sunday night, Paul told the True Geordie Podcast : "I don’t know how this is possible but I do not know.

"We’ve got a group of pros [to spar with]," he replied. "Some guys are brawlers, some guys are boxers. We try to get guys who can emulate Floyd, or at least keep the pace for small guys.

"Honestly every look we can, we get: pros, solid, solid boxers. I sparred a couple of times, [WBA light-heavyweight champion] Jean Pascal, who is on the undercard actually. It’s great work, tough guy."

And Logan isn't the only Paul brother Mayweather is intending to take on this year.

At the event's launch press conference last month, the boxing legend found himself engaged in a violent brawl with Jake Paul, who is 3-0 as a professional, and will announce a fourth professional bout against ex-UFC champion Tyron Woodley this afternoon.

And the former pound-for-pound great has said that he will leave the younger Paul brother in a neck brace if he continues to try to get under his skin.

"I'm nothing to play with," Mayweather told Showtime. "I ain't one for the jokes, that's why you [Jake Paul] ended up with two black eyes.

"That was totally disrespectful, your nose got f***ed up and your teeth got chipped – keep f***ing with me and next time you're going to end up in a neck brace." 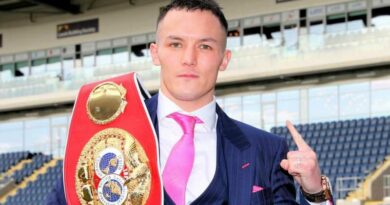