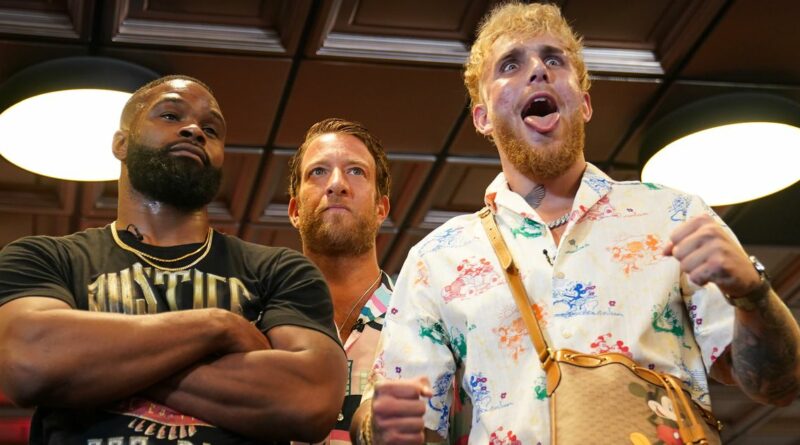 Jeff Mayweather, the uncle of Floyd Mayweather Jr, believes Jake Paul will defeat Tyron Woodley in their boxing match next month, but claimed “I don't think he's going to dominate him and do him like he did with Askren or Nate.”

The fight comes just months after Paul brutally knocked out Ben Askren in one round last April. Woodley is a long-time friend and training partner of Askren and clashed with members of Paul’s entourage backstage, just hours before the fight. In a recent interview shared on The Mayweather Channel on YouTube, Jeff, a former world champion boxer in his own right, claimed that the former UFC star has a chance.

However, he conceded that Paul will likely win, as Woodley has only been boxing for 12 weeks.

“I think that the fight can be interesting. I think Woodley has a chance, but at the same time, he’s had 12 weeks.

“12 weeks is not enough time to learn how to fight.

Do you think Tyron Woodley has a chance in his upcoming fight against Jake Paul? Have your say in the comments section below. "I think that Jake is getting better. He's getting better with each fight and you can't just jump into boxing and all of a sudden, just because you're a combat sports guy, doesn't mean that you're gonna learn.

"I give the edge to Jake. I don't think he's going to dominate him and do him like he did with Askren or Nate. Mayweather also shared some back and forth with the interviewer, who labelled Paul as “one of the fastest rising stars in boxing.”

“[Jake Paul] ain’t never fought no f***ing boxer. Who did he fight? He ain't f***ing building your resume when you f***ing just calling out people who don't even box at all…”

"Fight a boxer. One boxer. I think [Woodley is] a good opponent, but do I think he has enough time frame to actually win the fight? No, I don't, to be honest.

“Once Jake fights a fighter, then I will give him some real credit.”