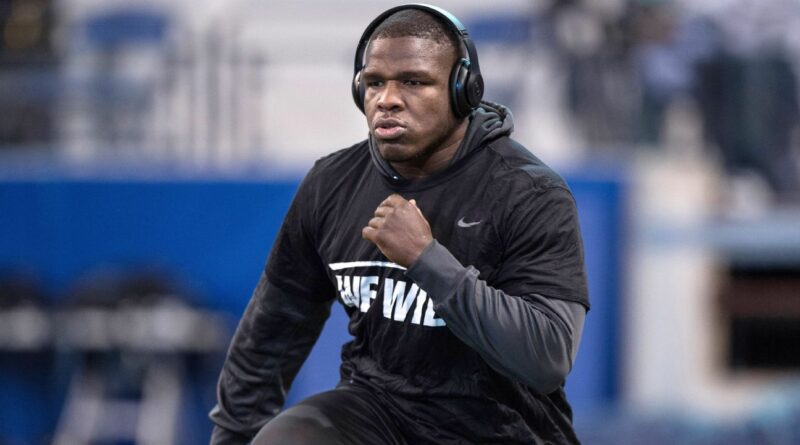 Former NBA point guard Deron Williams will fight ex-NFL running back Frank Gore in a boxing match on the Jake Paul-Tommy Fury undercard on Dec. 18 in Tampa, Florida, it was announced Tuesday.

Williams and Gore will be making their pro boxing debuts. The bout is contracted for 215 pounds and four rounds.

Gore has been training in boxing for years and actually declined advances from NFL teams this season to focus on his first fight. His manager is longtime fight rep Malka Kawa of First Round Management, who also reps NFL players.

Williams is a longtime combat sports enthusiast and has trained for years in mixed martial arts. He’s a part owner in the highly regarded Fortis MMA gym in Dallas, which is where he will be training for this bout under coach Sayif Saud.

Gore, 38, is a five-time Pro Bowl selection and ranks third in NFL history with 16,000 rushing yards. The San Francisco 49ers’ all-time leading rusher spent 16 seasons in the league, most recently 2020 with the New York Jets.

“I’m excited to be fighting on this card and can’t wait to show the world what I’ve been working on,” Gore said in a statement. “Boxing has me excited, and on Dec. 18 expect fireworks!”

Williams, 37, was a three-time NBA All-Star selection with the Utah Jazz and Brooklyn Nets. He won gold at the Olympics with the U.S. men’s national team in 2008 and 2012.

“Combat sports have been a part of my life since my youngest days,” Williams said in a statement. “Before I was a basketball player, I was a wrestler. Since 2015, I have had the privilege of owning an MMA gym, and through that I have trained in various martial arts to stay active. Over the last year, I’ve been waiting for the right opportunity to translate my training into a professional debut.”

Also on the undercard, Amanda Serrano, who is ESPN’s No. 3-ranked pound-for-pound women’s boxer, will take on Miriam Gutierrez.

Serrano is eyeing a high-profile matchup against Katie Taylor in 2022.

In another fight, Anthony Taylor, who is Paul’s teammate, will fight Chris Avila, a protege of UFC superstar Nate Diaz.

History not on Anthony Joshua’s side fighting in the U.S.