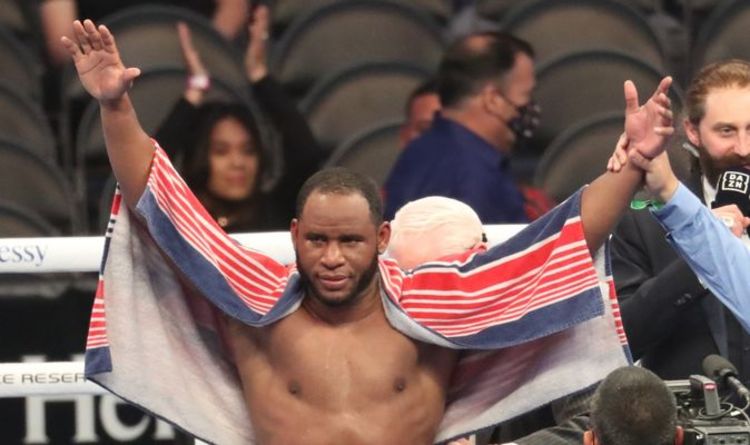 Fury vs Wilder: Who will win?

Frank Sanchez has been tipped to ‘steal the spotlight’ from Tyson Fury this weekend, as the Gypsy King will take on Deontay Wilder for their trilogy fight in the main event in Las Vegas.

However the co-manager of Sanchez Mike Borao has predicted that his man will be the star of the show at the T-Mobile Arena as he features on the undercard against Efe Ajagba.

Ahead of his fighter’s bout with Ajagba, Borao – who co-manages Sanchez alongside Lupe Valencia – believes the Cuban will be the man to shine brightest in Vegas, despite the Fury/Wilder headline fight.

He commented: “Frank can steal the spotlight with an explosive win over Efe Ajagba, most definitely.”

JUST IN: Tyson Fury opens up on sex ban and claims: ‘I don’t even remember when I had my last w***’

Borao also compared Sanchez’s bout to the one between Anthony Joshua and Oleksandr Usyk in London two weeks’ ago, in which the latter won after putting on a clinic against Joshua at the Tottenham Hotspur Stadium.

And as Usyk did to ‘AJ’, the co-manager believes his Cuban fighter can defeat his opponent due to his speed and skill.

He added: “The reason we made this fight is because Frank is faster and technically superior by miles.

“That said, of course there is always danger against a big puncher like Ajagba, but Frank is seeking Canelo type greatness.”

“In order to be great, you have to take tough fights like these. However, I expect Frank to minimise the danger and neutralise Ajagba’s power in similar fashion as Usyk did against Joshua.”

Sanchez is no stranger to Mexican star Canelo Alvarez following his manager’s comparison of the two, as the pair are known for training alongside each other.

Victory for the Cuban on Saturday could see him move in line to challenge the victor of Fury and Wilder’s trilogy fight in the not too distant future, however co-manager Borao is not looking too far ahead just yet.

“It would be a big mistake to look past Ajagba.Frank’s training camp for this fight was gruelling, so he is well prepared and looking forward to the fight.” The manager told Sky Sports.

“Regarding the future, of course a win will put him on the shortlist of potential title challengers. Frank is very close, but we will plot the final course with Al Haymon and PBC after he brings home a big win on October 9!” 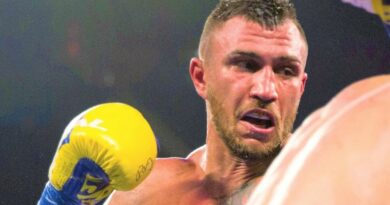