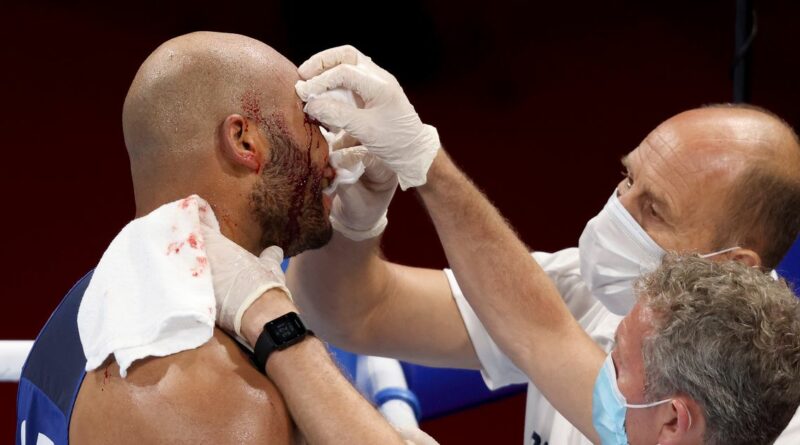 Clarke, who entered the Games as an outside bet in the super-heavyweight division, has had quite the journey in Tokyo.

After dominating Ukraine’s Tsotne Rogava in his opening round fight, Clarke met the outstanding Mourad Aliev in the quarterfinals.

While the Frenchman looked impressive in the opening round of the contest, he was disqualified in the second for excessive use of his head by American referee Andrew Mustacchio.

The decision sparked a stunning protest from Aliev, who launched his mouthpiece across the ring and sat in the ring for well over 30 minutes.

The Frenchmen, who entered the tournament as one of the favourites at super-heavyweight, went on to claim the decision “was an act of sabotage” and an “injustice.”

Following his victory over Aliev, Clarke set up a date with Jalolov in the semi-final bout.

The towering 6’7’’ Uzbek entered the Games as the overwhelming favourite at super-heavyweight and his quality showed throughout the contest with Clarke.

Working out of the southpaw stance, Jalolov walked down Clarke for much of the opening round and landed countless, powerful left hands.

How far do you think Frazer Clarke will go in the world of professional boxing? Let us know in the comments section below.

While Clarke certainly had his moments, landing a thundering right hand late on in the first round, all 5 judges scored the round 10-9 for Jalolov.

Just a minute into the second round, Clarke landed the best shot of the contest and wobbled Jalolov with a powerful right hand.

Despite protests from the Uzbek, referee Hichem Menchaoui issued a standing count. Following the count, Jalolov took over and looked to pick the Brit off with his long jab and left hand.

The Uzbek even opened up a cut above Clarke’s right eye late on in the round and while the Brit went on the offensive in the final moments, four of the judges scored the second round 10-9 for Jalolov with just one judging it in favour of the Brit.

Despite the best efforts from Clarke’s corner, Jalolov re-opened the cut early in the third round and the semi-final contest was stopped by the Tunisian referee shortly after.

Following the stoppage, Clarke appeared ecstatic with his Bronze medal. The Brit shook hands with his Uzbek opponent, celebrated with his coaches, and bowed to the cheering Team GB members in the crowd.

Meanwhile, after sealing his Olympic bronze, Clarke is expected to begin his journey as a professional boxer and will undoubtedly have a great deal of success in the next chapter of his boxing career. 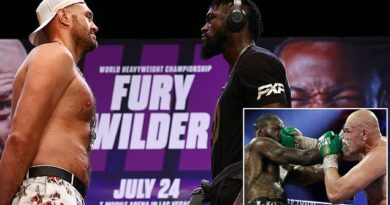