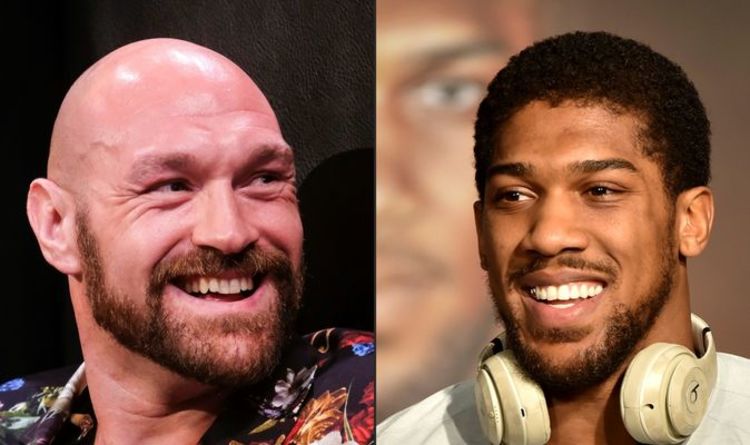 The pair are due to go head-to-head on August 14, though this date was thrown into doubt after it emerged that Fury has been ordered to face Deontay Wilder for a third time.

The WBC heavyweight champion has been in arbitration with the American for months over a contracted third fight between the pair.

A US judge has now ruled he must take on Wilder again as per the contract.

This news was not well-received by Joshua, who launched an attack on his opponent on Twitter.

JUST IN: How Joshua has reacted to Fury blow as Wilder set to delay fight 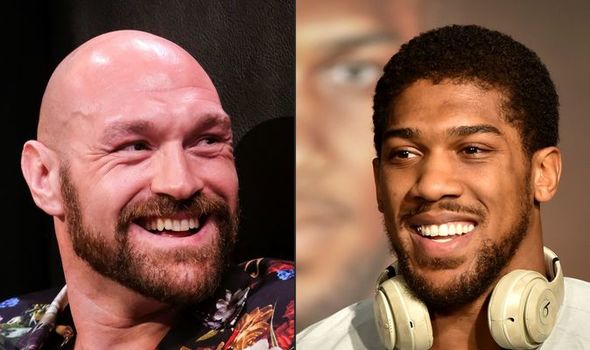 “@Tyson_Fury the world now sees you for the fraud you are,” he wrote.

“You lied to the fans and led them on. Used my name for clout not a fight.

“Bring me any championship fighter who can handle their business correctly.”

“Your full team knew there was an Arbitration going on, it was out of my hands! but I tell you what if I’m a fraud let’s fight this weekend bare knuckles till 1 man quits? Let’s put up 20 mill each!!!”

The pair continued to argue as Joshua hit back at Fury’s comments.

“If there was an arbitration going on, why announce to the world we are fighting! He questioned.

“The fight was signed! UNDISPUTED Bare knuckle? You’re a good kid, don’t play with me Luke!I’ll slap your bald head & you’ll do nothing! Waste man.”

Joshua looks set to face WBO mandatory Oleksandr Usyk in August instead while Fury could face Wilder on July 24 in Las Vegas.

The only way the undisputed heavyweight showdown can be saved now is if Wilder agrees to a financial deal to step aside.

But Fury has claimed the American wants as much as £14m to make that happen.

It is still unknown whether or not Fury and Joshua will be able to face off, and boxing promoter Eddie Hearn was unable to provide clarity on the situation.

“We were told the arbitration wouldn’t be a problem but obviously it is a problem.

“We have to think on our feet. We have to act accordingly. We still hope the fight can go ahead but it’s out of our hands.” 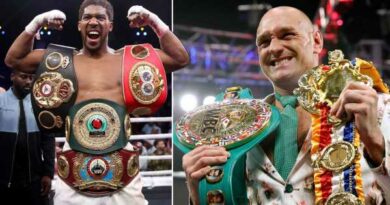