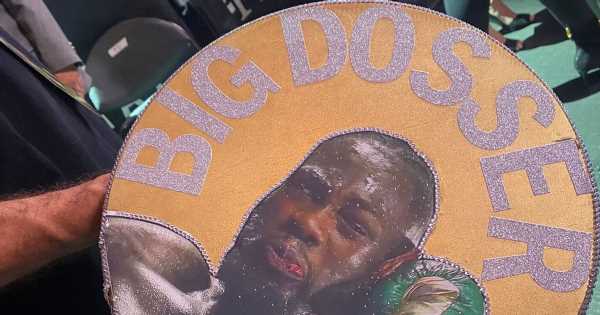 Tyson Fury knocked out Deontay Wilder in an epic heavyweight trilogy bout on Saturday night – and a photo of his "BIG DOSSER" corner stool left fans in stitches.

Fury emerged victorious in the 11th round of an all-time great heavyweight fight at the T-Mobile Arena in Las Vegas, climbing off the canvas himself to put his bitter rival down to the point of no return.

It was Wilder who crashed to the deck first in the third, before Fury was dropped twice in a dramatic fourth.

However, the Gyspy King almost instantly regained control of the contest from the fifth onwards and finally got the stoppage in the 11th despite Wilder's tremendous resolve.

Fury was sublime on the night and has now successfully defended a world heavyweight title for the first time in his storied career.

And he went into the fight with a hilarious corner stool, which had a photo of a groggy Wilder from their previous bout and the words "BIG DOSSER".

Who do you think Tyson Fury will fight next? Let us know in the comments section below.

Fans found the jibe hilarious, taking to social media to brand Fury a "wind up merchant".

One wrote: "Mocking it".

Another posted: "Love this guy".

While one simply put: "Absolute wind up merchant".

Despite the stool, Fury was full of respect for Wilder after their dramatic 11-round battle, insisting his nemesis is still the second best heavyweight on the planet.

"I was down a couple of times, I was hurt. Wilder is a strong puncher and he's a tough man," he said.

"I was hitting him with some big shots, and my lord and saviour rose me to my feet tonight to give me the glory.

"It was a great fight tonight, it was worthy of any trilogy in the history of the sport.

"I'm not gonna make any excuses, Wilder's a top fighter. He gave me a real run for my money tonight.

"I've always said I'm the best in the world and he's the second best." 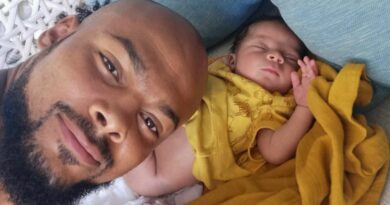 Frank Bruno pictured for the first time since pneumonia battle