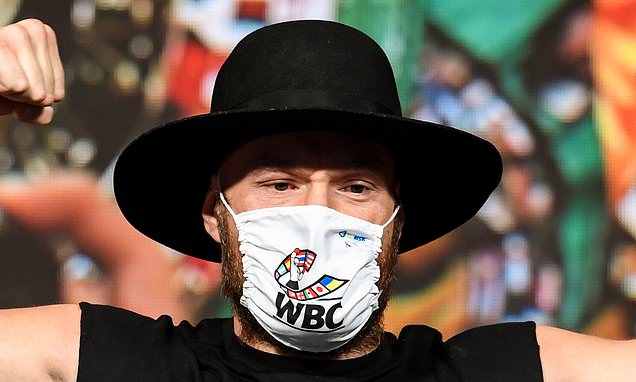 Tyson Fury vs Deontay Wilder LIVE: Heavyweight titans do battle in Las Vegas as the Gypsy King bids to emulate his one-sided demolition job of 20 months ago while Bronze Bomber is looking to exact revenge on his rival

After a long 20 months, the wait is almost over for the third and final chapter of Tyson Fury vs. Deontay Wilder, with the heavyweight titans set to do battle in Las Vegas tonight.

Fury, 33, obliterated his big-hitting American rival, 35, when they met in Sin City back in February 2020, flooring the Bronze Bomber twice before former trainer Mark Breland threw in the towel.

Breland has since been replaced by Malik Scott and Wilder has vowed to exact revenge over his rival. The American weighed in at a career-high 238lbs on Friday as he bids to nail his elusive rival to the canvas.

Meanwhile, Fury is certain that he will emulate his performance from 20 months ago and hit the scales four pounds heavier than the last time they met, weighing in at 277lbs.

With another eagerly-anticipated bout between the pair swiftly approaching, Sportsmail takes you through everything you need to know.

Tonight is the night! In just a few short hours all the talking, cheating accusations and hijinks will be over and the finale that has been 20 months in the making will finally get under way.

Don’t go anywhere as we will be building up towards tonight’s fight before Kishan Vaghela will provide round-by-round updates from Las Vegas. 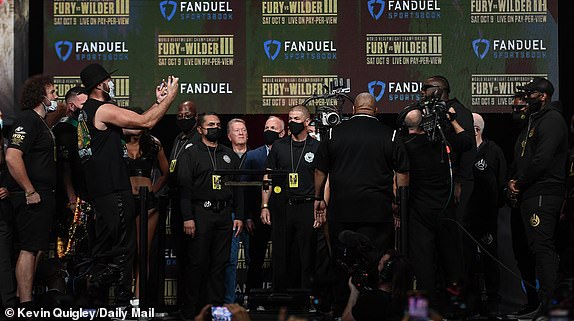