KSI took aim at the brother of heavyweight champion Tyson Fury by claiming that he expects Paul to ‘f*** him up’ when the pair meet in the ring on December 18 in Tampa.

Fury and Paul had exchanged verbal blows back and forth for months over social media, before the pair finally reached a fight agreement at the end of last month.

Ahead of the eagerly anticipated bout KSI has tipped the YouTuber to come out on top over Fury, as he believes the magnitude of the occasion will be all too much for the Mancunian.

KSI’s comments came after Fury’s father and coach, John, discussed his son’s chances on December 18, admitting that whilst he believes Tommy is the better boxer, the Love Islander’s downfall could well be handling the pressure of such a large scale event.

Fury Sr told BT Sport: “It’s make or break, for both men, but it’ll hit Tommy harder because Tommy’s supposed to be a professional boxer.

"Tommy will work hard, he’ll do what he’s gotta do. Has Tommy got the skill to beat him? Yes. Has he got the power to knock him out? Yes.

Will Fury beat Paul in December? Let us know what you think in the comments section below.

“All it is with Tommy – he’s young, can he handle the big occasion on the night?"

KSI then continued to echo these thoughts, expecting the occasion to be all too much for the 22-year-old come fight night.

He added: “I think that's it, he knows you've got everything, you're ready, you could f*** him up, but will you be able to act on the night? And he's just not sure."

The 28-year-old is no stranger to the notorious Paul family, after he took on Jake’s older brother Logan in two exhibition boxing fights in 2018 and 2019, with the first finishing in a technical draw and the second going the way of the Englishman.

Younger sibling Jake could well take on KSI if he is to beat Fury in December, after the American reportedly offered the now rap star £3.7 million to take him on in the ring next year.

Paul said: “I think KSI should retire from everything he's doing. [He has] Seven million monthly listeners, that means he makes $30,000 a month from Spotify. That's $360,000 a year, versus fighting me for $5m. You can see why he's scared." 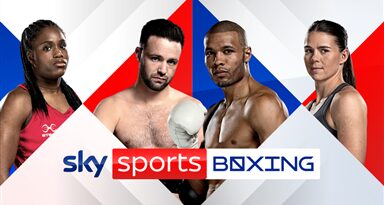 ENGLAND'S WORLD CUP SQUAD LADDER: Who is on the plane to Qatar?