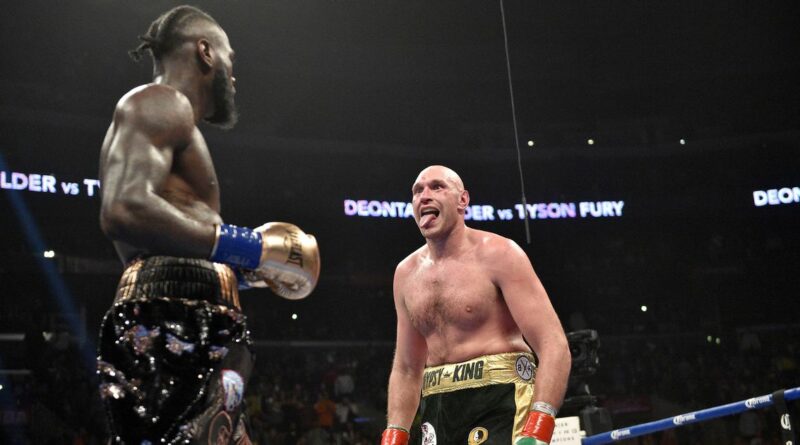 You wouldn't want to get on the wrong side of Tyson Fury… but one of his kids may have done just that.

That's after the second-youngest of his six children said he'd like to be Fury's old rival, Deontay Wilder, when he grows up. The Gypsy King enjoyed a celebrated trilogy of fights opposite The Bronze Bomber between 2018 and 2021, during which he famously dubbed his nemesis "a dosser."

It would pain the undefeated heavyweight all the more to learn one of his children idolises the American more than himself. Even so, boxing superstar Fury was all too happy to remind his heir what he thought of his former adversary.

Fury (32-0-1) recently uploaded an Instagram video of himself walking down the street with three-year-old Prince Adonis Amaziah aboard his shoulders. The pair engage in a miniature Q&A session, starting out with a few innocent questions like 'what's your name' and 'how old are you?'

Adonis follows up by telling his dad he wants to be a boxer when he's older, but the mood changes when Fury Sr. asks which boxer he wants to be like. "Deontay Wilder," comes the response, to which Fury replied: "No way. . .he's a dosser!"

After beating the count despite a devastating blow in the 12th round, Fury drew against Wilder in controversial fashion when they first collided. The Wythenshawe native went on to seal more conclusive results in the second and third encounters, finishing in the seventh and 11th rounds, respectively.

Do you believe Tyson Fury has fought for the last time? Let us know in the comments section.

He's since returned to action and stopped Dillian Whyte in the sixth round when they met at Wembley last month. Fury confirmed after the bout that he plans to retire from boxing, though it remains uncertain as to whether the WBC titleholder will follow through.

Fury, 33, won't be stuck for successors to his boxing throne should he plan to train his brood in the ways of boxing. As well as his three daughters, Venezuela, Valencia Amber and Athena, Fury also has three sons in Adonis, Prince John James and Prince Tyson II.

That being said, even that doesn't guarantee they'll follow in his fleet footsteps should they pursue pugilism. Instead, it's 42-2-1 Wilder who has captured at least one of their hearts, even despite a pair of conclusive defeats to their father. 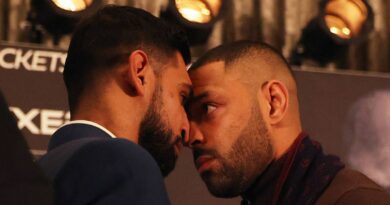 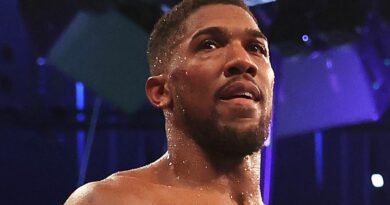