Gervonta Davis steps up from super featherweight for the first time this weekend into a lightweight division already packed with riches.

Davis closes out the year in Atlanta against veteran Cuban Yuriorkis Gamboa for the vacant WBA lightweight title.

The Baltimore native is a sensational fighter, small for a lightweight but, as Terry Lawless used to say to me, if you are good enough you are big enough.

He fights out of a low centre of gravity, has ridiculous speed and punches hard.

We saw how Teofimo Lopez announced himself as a world-class lightweight so brutally against Richard Commey a fortnight ago.

Expect more of the same here. I would be surprised if Gamboa is still in the fight past the fourth or fifth round.

The luminary in the division is obviously Vasyl Lomachenko. And one guy who I believe would have a real chance against him is Davis.

What we don’t really know yet is how Davis reacts when under the kind of pressure Lomachenko applies.

Davis has knocked out all but one of his 22 opponents, and the one time he was taken the distance, it was a six-round shut-out.

At 38, Gamboa is arguably 10 years past his best. He was sensational as an amateur, winning the Cuban championships four times and flyweight gold at the Athens Olympics in 2004.

He escaped the Cuban regime by breaking camp while competing in Venezuela and fleeing to Germany, where his early pro career rolled out.

Typical of fighters in the lighter weights, Gamboa began to slide once he got past 30. A career spent struggling to make weight takes the edge off boxers.

He has still lost only twice, the first time against Terence Crawford in nine rounds five years ago. And two years ago he quit on his stool after seven rounds against Robinson Castellanos. 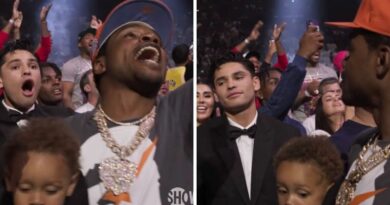 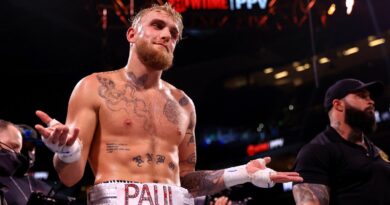