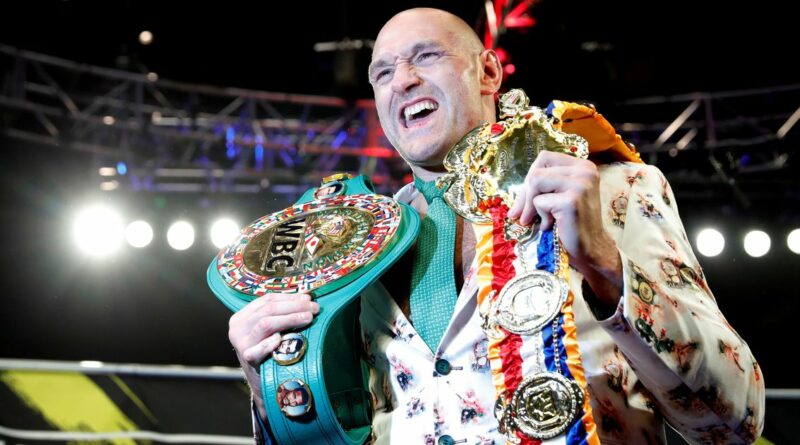 Ricky Hatton believes the potential heavyweight unification bout between Tyson Fury and Anthony Joshua is “doomed”, claiming that after Fury's positive test for COVID-19, the clash "now seems further away than ever.”

Fury was expected to face fellow Brit Joshua in a blockbuster unification contest this year. However, in the final stages of negotiations, an arbitration court ordered Fury to face American heavyweight Deontay Wilder instead, delaying the all-British bout.

Further delays to the potential unification bout have been caused by Fury’s positive test for COVID-19 just a few weeks ago, which pushed the Wilder trilogy clash back to October.

The Gypsy King’s bout with Wilder is now set to take place a month after Joshua’s upcoming fight with Oleksandr Usyk.

While this could line up the potential all-British unification bout, if either man loses their fight, it’ll be difficult to see Fury vs Joshua taking place in 2022, never mind 2021.

In his recent column for the Metro, British boxing legend Ricky Hatton claimed he is concerned about the clash between the Gypsy King and AJ taking place, with the Hitman suggesting Fury just “wants to get his career and his legacy done and dusted.”

Do you think Tyson Fury vs Anthony Joshua will ever take place? Let us know in the comments section below.

“What puts a further damper on [Fury’s positive test] for me is the fight we all want, Fury vs Anthony Joshua, now seems further away than ever.

“What happens now? It all just pushes the fight further back. As a fight fan, you fear the worst, the biggest fight in British boxing history, is it actually going to happen? It just seems we are doomed.

“Tyson’s problems in the past with his depression, his mental health and battles with drink and drugs have been well documented in the past.

“I remember Tyson saying to me ages ago: ‘I want a couple of warm-up fights then I want to beat Wilder. Then immediately after that, I want to fight AJ. And then I’m done.’

“Tyson wants to get in, get out and prove he is the best fighter in the world. And the more it goes on, the more I worry that Tyson might just go: ‘F**k it’.”

“He wants to get his career and his legacy done and dusted.

“Whereas for AJ, the younger, fresher of the two, it doesn’t matter as much if this drags out another two or three years. It does for Tyson. The longer this drags out the better this is for AJ.”