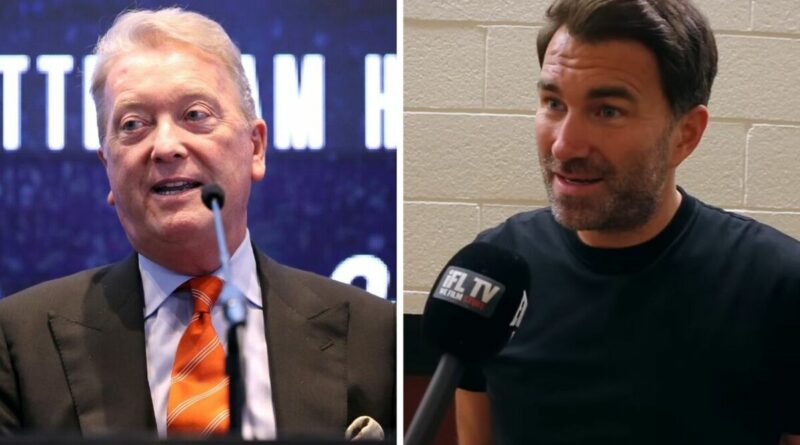 Eddie Hearn has accused Frank Warren of contradicting himself when it comes to Derek Chisora. The Matchroom Boxing promoter claims Warren was calling for Chisora to retire two years ago but recently made a U-turn and promoted his last fight against Tyson Fury.

Chisora was comfortably beaten by Fury on Saturday night as he was stopped in the tenth round. Del Boy never touched the canvas but was badly hurt on multiple occasions.

Referee Victor Laughlin made the compassionate decision to step in and save the rugged veteran from himself in a fight that many believed shouldn’t have taken place. Hearn was among those critics and let his thoughts be known on the fight and Warren’s decision to promote it in an interview with iFL TV.

“You know, it was hard to watch,” said Hearn. “Look, Del’s a diamond. He’ll never stop trying. I don’t like pointing out what’s been said in the past because it just seems like me that gets all the stick anyway, but Frank Warren said like two years ago ‘Derek Chisora should retire, it’s a disgrace they’re letting him fight’ and then someone mentioned the Fury – Chisora fight and he said ‘oh it’s a joke’ and then, two years later, promotes the fight.”

Hearn – who has promoted many of Chisora’s recent fights against the likes of Oleksandr Usyk, Dillian Whyte, and Joseph Parker – would like to see Chisora retire after the defeat.

“I think so. It’s difficult because when you’re beating Pulev – Pulev’s a top 15 guy, Chisora beat him, so he doesn’t want to retire. But then he gets a big payday against Fury and obviously Fury’s a level above him.

Fury has three next fight options after dominant Chisora victory

“He can come back and fight a Zhang [Zhilei], or he can fight a [Filip] Hrgovic … Fabio Wardley. But, he’s also made a huge amount of money the last couple of years. We all love him, and I think now would be a great time to probably hang them up.”

However, Chisora seems to have little interest in the prospect of hanging up his gloves. Speaking to Seconds Out after the Fury fight, Chisora said: “No not yet, not yet. F*** that s***. I’m gonna take time out, chill, relax and see how I feel I’m not going out like this. I want to go on the road now for more fights. We will see I don’t know yet. I enjoyed it.” 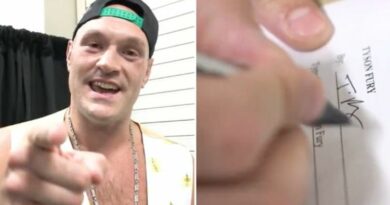