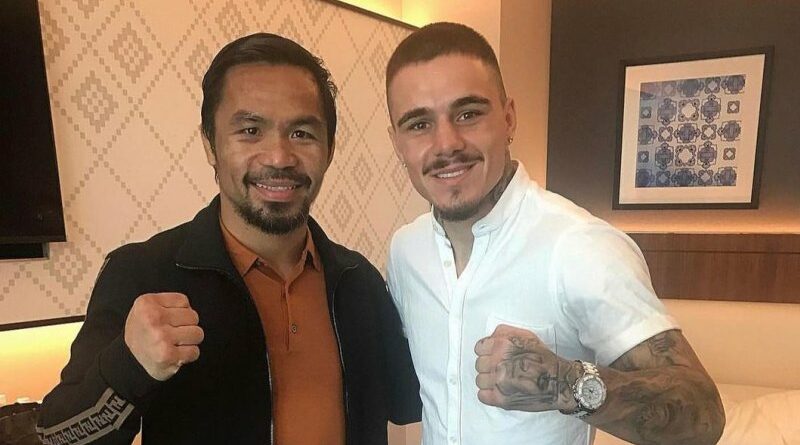 For many pundits, a George Kambosos Jnr victory against Teofimo Lopez, and the undisputed world lightweight champion tag that comes with it, would come as a shock.

But not to Manny Pacquiao.

Over the course of three years, Kambosos Jnr was the chief sparring partner for Pacquiao, a living legend of the sport. During that time, the pair sparred 250 rounds, the Australian preparing boxing’s only eight-division world champion for some of the biggest fights of his career.

As they sharpened each other’s skills in the Philippines, “Pacman” saw something in Kambosos Jnr that the rest of the world will get to witness in Sunday’s anticipated showdown against Lopez at New York’s Hulu Theatre.

“Manny Pacquiao is a living legend, he’s done more than any boxer ever in the world,” Kambosos told the Sun-Herald. “I know I will be champion and he said it back in 2018. He said ‘You’re ready for a championship right now, you’re a world champion’. 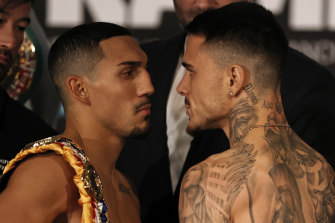 Teofimo Lopez and George Kambosos face off after their weigh-ins.Credit:Getty

“I’ve been patient, I’ve bided my time, made all the right moves and been very sharp and calculated.

“It gave me that extra bit of confidence in my head, knowing if I’m doing it with this legend, side by side with him for his 12-round championship fights, I know exactly what I have to do.”

All of the work done with Pacquiao, during a professional career that has taken Kambosos Jnr to Kuala Lumpur, Las Vegas, Athens, New York and Wembley in his last five fights, has brought him to this point. 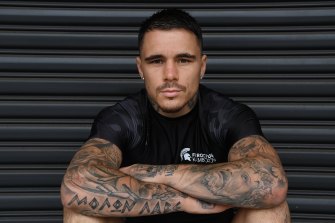 Georrge Kambosos Jnr predicts he will pull off a huge upset.Credit:SMH

Lopez is the unified world champion, holding the IBF, WBA and WBO belts, as well as The Ring Magazine lineal championship belt and the WBC franchise strap. Local bookmakers have installed Kambosos Jnr as a 6-1 outsider, while overseas oddmakers have been even more generous.

However, the 28-year-old Sydneysider has no doubt that he will extend his unbeaten record to 20 wins in what would be one of the most significant victories in the history of Australian boxing.

“Victory by any means,” Kambosos Jnr said. “What I bring to the table, I feel is going to be way too much for him. I feel that we will break him down round by round, I’ll be too strong and too fast against him.

“I’m going to put him to sleep with that beautiful shot. I’ve got a lot of artillery and I’m ready for whatever comes.”

This is a contest that has been more than six months in the making. The build up has been a long one for myriad reasons, ranging from Lopez contracting COVID-19 to the purse-bid winner forfeiting the hosting rights.

Tensions have escalated during fight week. The fighters’ fathers – Teofimo Lopez snr and George Kambosos snr – had to be pulled apart after almost coming to blows. There was more verbal sparring at the weigh-in, where both men came in under the 135-pound limit.

“Look at him. That’s your champion? We’re living in his head, rent-free,” Kambosos Jnr said after a long stare-off.

“We’ve been living in it a very long time. He’s a dehydrated little boy. He struggled, man. How long did it take for him to get here today? He struggled and he’s going to struggle big time tomorrow. 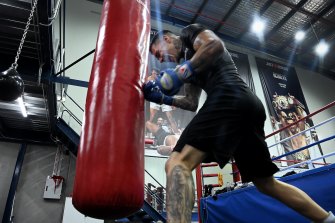 “We’re ready for war, no problems on our side. Bring it on, we’re taking all his belts, in his hometown. But where’s his people? They ain’t here. My people are here.

“I am so focused. I’ve had that tunnel vision for a very long time and I have not put my foot off the pedal.

“I am winning these belts, I’m bringing them back home and it will be massive for Australian boxing and Greek boxing. This is huge and I have my countries behind me. I have the world behind me. I am winning this fight with everything I’ve got.”

Lopez, who was officially presented with his WBO belt on Saturday, said he would make short work of Kambosos Jnr.

“Give it a year or two, I’ll be king of New York, right now I’m the prince.

“I just want to let everyone know, you’ve all been sleeping on me, I’m about to wake everybody the f– up. Tune in early because it’s going to be a quick night.”

The Herald will be provided blog coverage of the fight, which can be streamed on DAZN from midday, on Sunday. 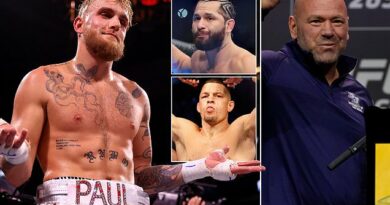