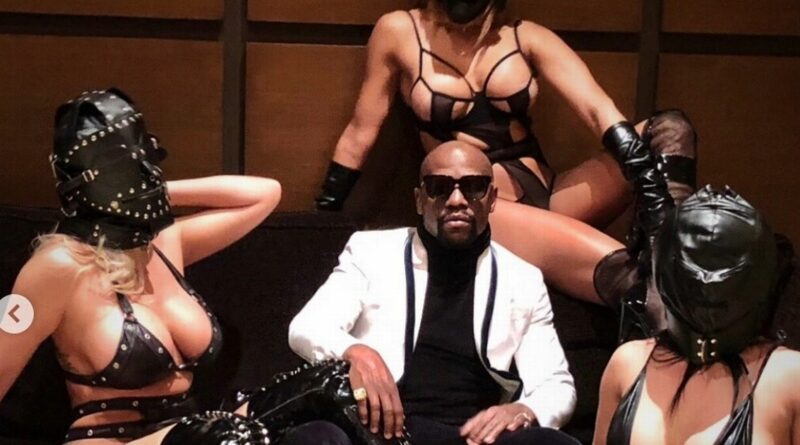 The strip club, named Girl Collection, was established by Mayweather, 44, in 2017 and has frequently been his go-to spot to celebrate his wins.

The club, which charges $50 for entry and $18 for a pint of beer, is located in central Las Vegas.

Mayweather is a known strip club fanatic, and even struggled to hold down a girlfriend because he loved to visit them so much.

Commenting on why he opened the joint, he said: “I got into the business because I know that the breasts, vaginas, music and alcohol will never go out of style.”

"I don’t have to get a dance just because I own a strip club.”

Do you think Logan Paul stands a chance against Floyd Mayweather? Let us know in the comments section below.

The two competitors met on Saturday for the final press conference ahead of their highly anticipated bout and while tension was high, the chaos of the last press event was avoided.

Mayweather and Paul, who boasts an impressive 23 million subscribers on YouTube, repeatedly clashed at the first press conference for their upcoming bout earlier this month.

However, after the conclusion of the press conference, it was Paul’s younger brother, Jake, who stole the show.

The younger of the Paul siblings, who is 3-0 as a professional boxer, came face to face with Mayweather and proceeded to take the 44-year-old's hat.

Mayhem followed, with Mayweather’s large security hold him back and the Olympian claiming he would “kill that mother f****r”.

The violence, which left Jake with a black eye, added even more fuel to the rivalry between Mayweather and Logan which will come to a head this weekend.

Floyd Mayweather vs Logan Paul is set to take place on June 6 in Miami, Florida.

Headlined by an exhibition between 50-0 Mayweather and 0-1 Paul, the card also features Badou Jack vs. Dervin Colina, the boxing debut of former NFL star Chad ‘Ochocinco’ Johnson, and the return of Viddal Riley, who many may know as the former boxing trainer of YouTuber KSI.

Joshua vs Pulev: Anthony Joshua points in face of Kubrat Pulev during heated exchange at weigh-in