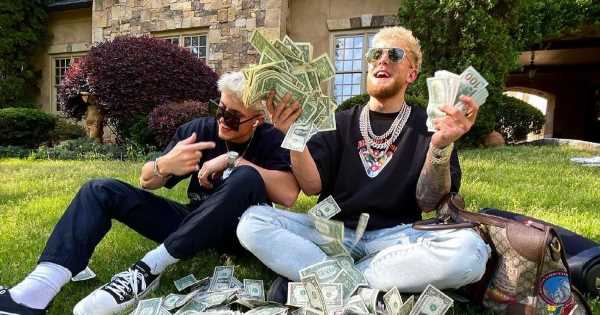 John Fury has accused Jake Paul of being greedy in talks over a fight with his son Tommy.

The pair have been embroiled in a back-and-forth feud, which has been ongoing since their heated confrontation in Cleveland.

But now fight negotiations are reportedly close to completion, with the pair set to meet before the turn of the year.

Although the young Fury's father has labelled the YouTuber "greedy", as the finances behind the lucrative bout near agreement.

"We're nearly there with the business side of it with Jake Paul, they're being greedy, but like I say, we know our worth, we want as much as we can out of this job," Fury Sr told GIVEMESPORT.

"But we're nearly there, this fight is going to happen, we're 99.9 per cent of the way there. It's almost done, we've just got a few T's to cross and I's to dot and we're nearly there over the line, but it will happen. Will Tommy beat Jake Paul? Absolutely.

Paul initially made a social media offer to Fury valued at £1 million, which the 22-year-old promptly rejected.

And the feud continued with Paul taking a swipe at Fury, while encouraging him to accept the offer.

But with just seven professional fights under his belt, any potential fight could represent Fury's most scrutinised test to date.

Although his father remains confident of emphatic victory, with members of his family set to be ringside for the clash.

Who wins if the pair meet- Jake Paul or Tommy Fury? Let us know your prediction in the comments section below.

"He never had a team over there, they were all rookies under Jorge. The Americans do things differently, it takes Tommy a bit of time to adjust to them, but let me tell you; if I'd been there, he would have stopped the other kid in two rounds.

"But let me tell you, the right people will be there with Tommy on the night, i.e. Tyson, Shane, people who understand boxing, who he's familiar with.

"After Tommy's dealt with him, he won't be calling nobody else out, let's put it that way, he's going to have to have 'Tommy Fury' tattooed on his tongue forever."

But he has emphasised the importance of facing a "real boxer" in Fury, to prove his credentials and silence his doubters.

Although if negotiations fail, Mirror Fighting understands that Paul's team have a back-up opponent for the date planned this year.