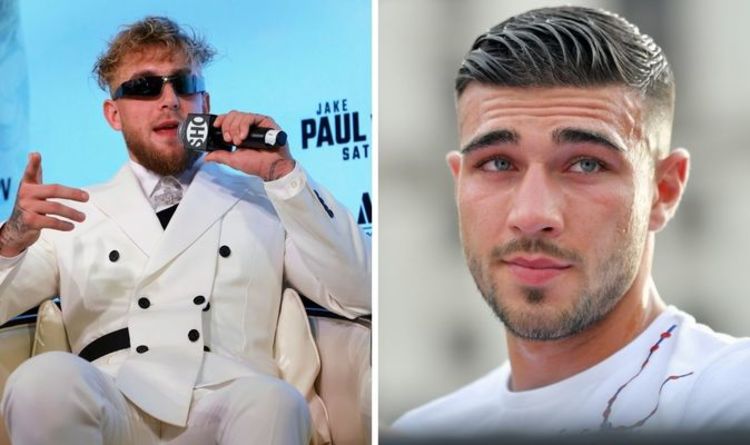 Jake Paul has vowed to never give Tommy Fury the chance to fight him again after the Brit pulled out of their mega-money showdown just two weeks out of the contest. ‘TNT’ took to social media on Monday to confirm media speculation, stating that a bacterial chest infection and a broken rib have forced him to withdraw from the showpiece.

“I am absolutely heartbroken that I have been forced to withdraw from my fight with Jake Paul due to a bacterial chest infection and broken rib,” Fury said.

“I really do hope we can get this fight rescheduled in the new year. I want this fight to still happen more than anything.”

YouTube sensation Paul will now rematch former UFC star Tyron Woodley in Fury’s absence and this time he vows to knock out the 39-year-old from Missouri.

But beyond that, Paul is totally against the idea of meeting Fury in the ring again after he seemingly wasted his time.

When asked if Fury’s decision to pull out has created doubts in Paul’s head about potentially rearranging the contest, he told Sky Sports: “It does. He didn’t show up to a press conference and now he’s pulled out of the fight.

“He has done a terrible job of promoting the fight. He isn’t as hype as everyone thought.

“I don’t like them. I don’t like anything to do with the family. They are sketchy, they are shady.

“I don’t see any reason to come back next year and give him a payday. It would be more fun to leave him in the dust.”

Paul and Fury have both been keen to settle the score following a series of online spats.

But it was the American who had everything to gain and nothing to lose heading into the bout, given that he only turned pro in January 2020.

Many had in fact questioned why Fury was willing to take the fight given the potential implications a defeat could have on his professional career.

Fury had been trained by his brother and heavyweight champion of the world Tyson Fury in Morecambe before picking up his injury.

He’d been putting the grind in alongside heavyweight Joseph Parker, who is out in action in just under two weeks against Dereck Chisora in Manchester in their rematch.

As a gesture of good will, Paul has offered new opponent Woodley an extra incentive of $500,000, providing he can knock Paul out.

“So, as I predicted Tommy Fumbles and Tyron is there to pick it up, stepping in, and contractually he is getting an extra $500,000 if he knocks me out,” he told ESPN.

“First time I outboxed him. This time I’m gonna punish him and leave no doubt.”

Tyson Fury promises to 'finish what he started' against Deontay Wilder