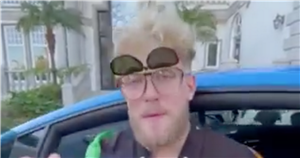 Jake Paul has hit out at Conor McGregor for 'ducking him' after watching his brother go the distance with Floyd Mayweather last night.

While celebrating his brother Logan's fight with Mayweather, which officially had no winner due to exhibition rules, Paul posted a tweet to his millions of followers, alleging McGregor is afraid of a fight with him.

The YouTube star has been angling for a fight with McGregor since his win over Nate Robinson in November last year, and has reportedly even offered the Irishman a massive £35million guarantee to take him on in a boxing fight.

And he took to Twitter to say "McGregor is ducking me", which garnered 12,200+ likes from his fans within hours.

The younger Paul brother is the more established boxer of the two, holding a 3-0 pro record as well as an amateur win, compared to his brothers 0-1 with an amateur draw.

He fought fellow YouTuber AnEsonGib in his debut in January 2020, and returned to the ring to face ex-NBA player Nate Robinson on the undercard of Mike Tyson v Roy Jones Jr in November.

And it was after that fight with Robinson, where he scored a viral knockout that was viewed tens of millions of times across social media, that the 'feud' with McGregor started.

Paul has made a number of videos antagonizing the former two-weight world champion, even insulting his fiancee Dee Devlin, but McGregor has remained relatively quiet on the issue.

Prior to his rematch with Dustin Poirier in January, he said that Paul wasn't 'on his radar', but did praise him for his persistence and business pedigree.

He said "If they are fighting well then it can't make a mockery of fighting, they're getting in and competing. I am not so much against it.

"What I will say though is the numbers that that show calculated was a Mike Tyson fight. You had an icon fighting as well as Roy Jones Jnr, two GOATs [greatest of all time] of combat sports.

"And then you had the YouTube kid and NBA star competing underneath that. So they done good business."

He wasn't too keen on the standard of fight in which Paul is competing, although at that point he hadn't fought Askren, who at one point was viewed as a potential McGregor opponent in the UFC.

"Am I into those competitions myself? You know it's not the most high-level – if any level – at that stage," he continued.

"As they say, if it makes dollars, it makes sense. I know Dana and the UFC are not really into it, but I'm not so against it – I think if people are willing to get in and take the risk of making that walk, I'm certainly a viewer." 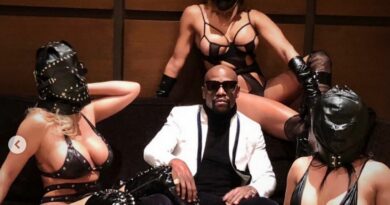