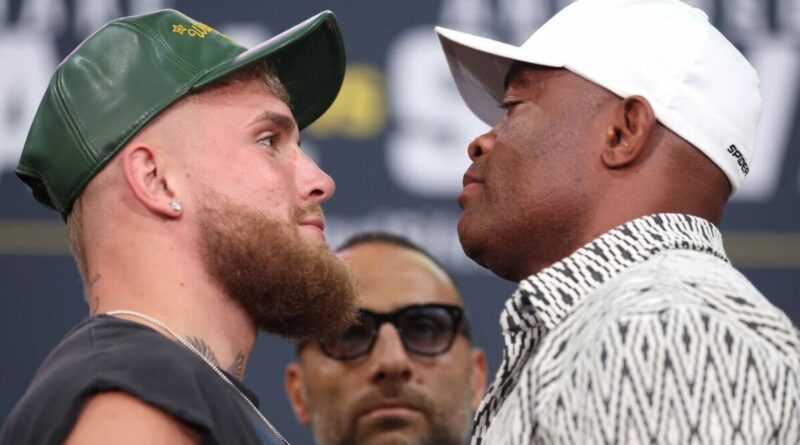 Jake Paul has revealed to reporters that he won’t over-celebrate a knock-out victory over Anderson Silva. The Problem Child intends to help Silva off the canvas if he stops him and claims there is a massive amount of respect between the pair.

Paul has become famous for his trash-talk in the lead-up to fights, but his October 29 clash with former UFC middleweight champion, Silva, is very different. Both men have spoken highly of each other in interviews and even recreated a childhood photo of Jake and his brother Logan from when they first met Silva as kids during a recent press event.

“I grew idolising this guy, for me this is even surreal that I’m like sitting here,” said Paul at the launch press conference. “I have to take a moment to be like ‘wait a second, is this real? All the cameras’. I was sitting on a couch watching this guy as a kid and here we are, I love the challenge this is my toughest fight yet and I’m prepared.

He added: “Anderson Silva is the nicest guy in the world, and we love him. If my opponent is d***head I’m going to treat them like a d***head and beat his f***ing ass and I think people have seen that side of me. But I respect this man, I’m still gonna knock him out but respectfully knock him out.” 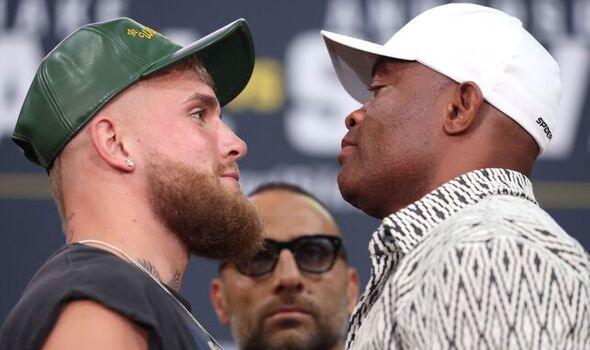 The YouTube star is aware of the position he plays in the combat sports world and plays up to it at times but refuses to show any disrespect to his childhood hero.

“I think people will be upset,” said Paul when asked what he thinks the reaction will be if he beats Silva. “But I feel like they’re already upset with me, I already knocked out Tyron Woodley and I already talked s*** to a lot of the guys there, so it’s definitely a love-hate relationship.

Canelo savaged by Golovkin’s twin brother ahead of trilogy bout 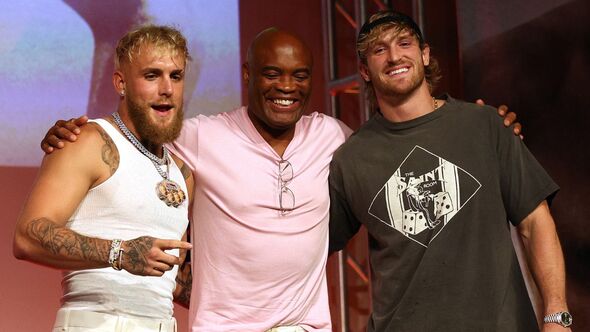 “I know I’m going to win so I’m not going to be a f***ing d***head and jumping up on the ropes and s*** after I win, it’s not like that. For me, that’s not what the fight’s about it’s about respect for the first time and hopefully, when I knock him out, I can help him get off the canvas.”

Paul will make his return to the ring for the first time in nearly a year when he faces The Spider after a frustrating 2022. The ex-Disney actor had his August 6 date with Tommy Fury cancelled due to the Brit being denied entry to the United States before terminating his bout agreement with short-notice replacement Hasim Rahman Jr who failed to make weight for their proposed contest. 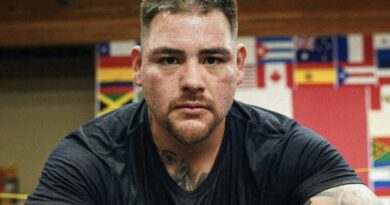 Ruiz Jr vs Joshua 2: Anthony Joshua warns Andy Ruiz Jr ‘there is no fear in my heart’ as rematch approaches