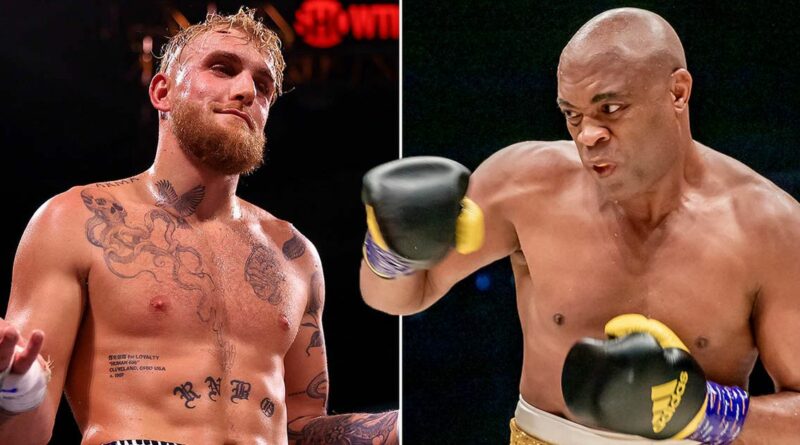 Paul has not boxed since December last year when he knocked out former UFC welterweight champion Tyron Woodley in a rematch, with an event scheduled to take place at Madison Square Garden on August 6 getting cancelled at the last minute.

The YouTuber-turned-boxer was originally set to face Fury, but he was forced to withdraw due to 'visa issues'. Hasim Rahman Jr then stepped in as Fury's replacement, but that bout was scrapped due to weight issues.

READ MORE: Jake Paul says KSI 'knows the truth' after spotting what he didn't do after beating pro boxer

Paul then announced he would be getting back in the ring in October, with his Most Valuable Promotions company teasing that he will "almost certainly be the underdog" against his next opponent. And according to YouTube news show host Keemstar, former UFC middleweight champion Silva is the man Paul is set to face next.

The 47-year-old is widely regarded as one of the greatest MMA fighters of all time and is a more skilled striker than the previous MMA fighters Paul has beaten, with both Woodley and Ben Askren known as accomplished wrestlers.

Fury had hoped to reschedule a fight with Paul for the third time, calling him out in an Instagram video where he said: "Somebody can't keep my name out of his mouth. I am in his Instagram bio he is doing tweets about me, and he has even put Amanda Serrano on the bill in Manchester next month knowing full well I will be there. I see that he has put out that he is fighting at 185lb in October at 185lb.

"I have already been training, I am ready for October and 185lb is my fighting weight. If you want this dust settled once and for all get yourself over here and we will get it on. There is no excuses here no-one is afraid to fight you. Get in touch you pick the date and venue I am not bothered let's just get this on."

However, Paul quickly dismissed the callout by tweeting the words "Groundhog Day", referencing the Bill Murray film where he gets stuck in a time loop and the same events keep repeating themselves. 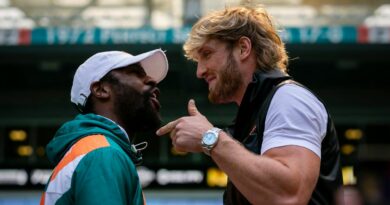