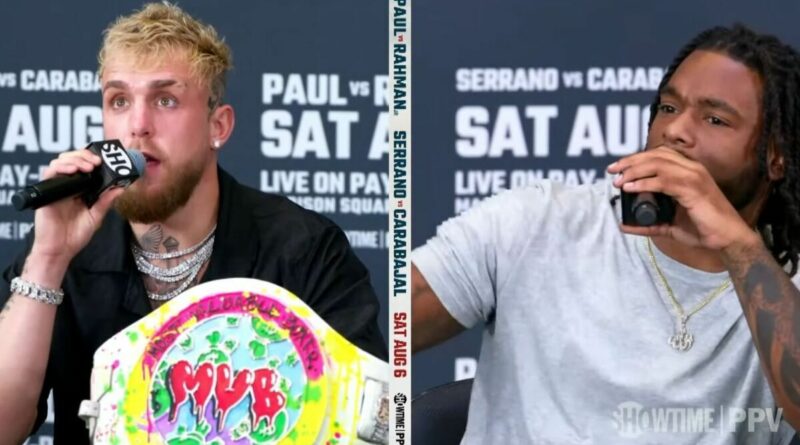 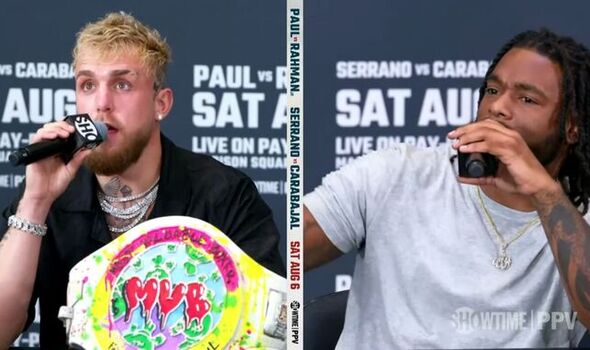 Hasim Rahman Jr has shut down claims from Jake Paul that he asked the YouTuber-turned-boxer for more money ahead of their fight next month. Paul had previously stated that his fight with Rahman Jr was in jeopardy after his new opponent and team had threatened to pull out of Tuesday’s press conference if they weren’t given more money.

During an interview with The MMA Hour, he said: “Hasim Rahman Jr is trying to renegotiate his contract. He signed a contract last week for ten times more than he’s ever been paid for any one of his fights and now, boom, fast-forward one week and he’s trying to suck more money out of the fight.”

But Rahman Jr did turn up to Tuesday’s press conference and was quick to challenge Paul’s comments. He said: “I didn’t ask you for nothing. What are you talking about? I didn’t ask you for more money, I never asked for more money. I took the lowest amount at the highest level. I’m the highest-level opponent you’ve faced, but I’m getting the lowest amount of anybody that you have fought.” 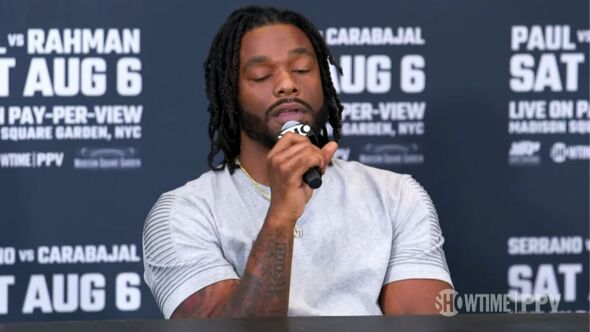 The 12-1 boxer then followed up his response with a claim of his own as he accused ‘The Problem Child’ of buying him followers in order to build hype for the fight.

During the heated press conference, Rahman Jr also claimed that leaked footage released by Paul’s camp was heavily edited and that the YouTube star ‘turned his back’ and ‘ran away’ during one of their sparring session. 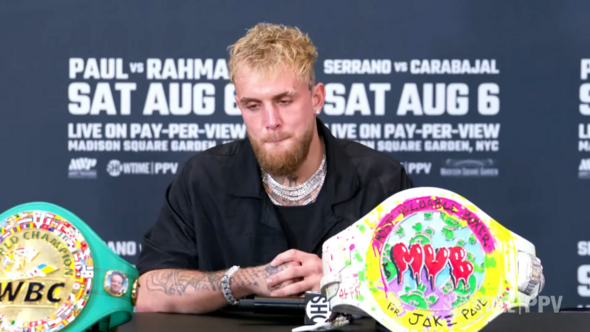 He said: “With this footage stuff, they be putting out what they want to put out. Did you put out the footage where you turned around and ran away from me in the ring? Why didn’t you put that out? You turned your back and ran.”

And he fired a violent warning at Paul, adding: “I boxed this man with one hand behind my back and I promise you, he turned his back and ran from me. That’s what’s going on in his whole camp. He’s barking up the wrong tree. I’m going to f*** you up.”

Paul and Rahman Jr do battle on August 6 at Madison Square Garden, New York City. The ex-Disney actor puts his undefeated 5-0 record on the line against the son of former world heavyweight champion, Hasim Rahman, on Showtime PPV.

Co-headlining the card is Amanda Serrano who defends her WBC and WBO featherweight titles against Brenda Carabajal. This will be her first fight since narrowly losing out to Katie Taylor on points in April. 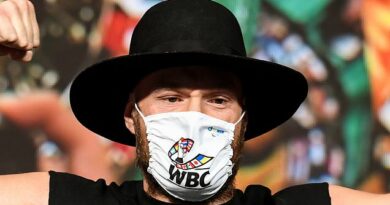 Fury vs Wilder LIVE: Fight updates, ring walk time and how to watch 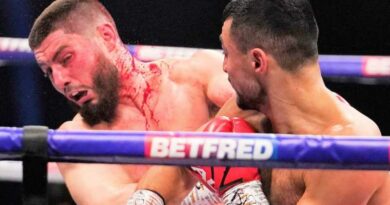 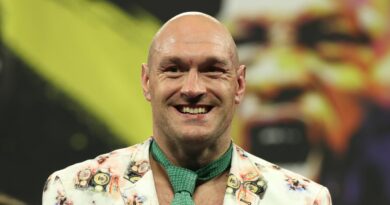