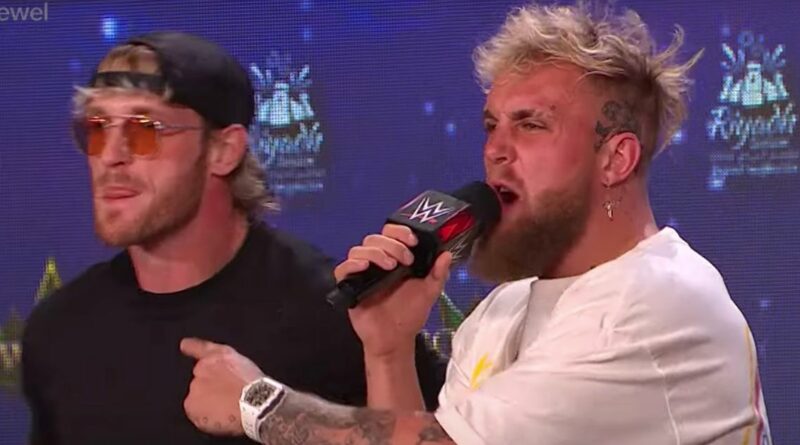 Jake Paul has teased joining his brother in the WWE after he made an appearance at the Crown Jewel press conference on Friday evening.

Saudi Arabia is hosting its latest WWE pay-per-view on Saturday evening, which will be headlined by Roman Reigns and Logan Paul. Paul is challenging Reigns for the undisputed WWE Universal Heavyweight Championship.

And after dropping Anderson Silva last weekend, the Problem Child has also made the trip over to Saudi Arabia. Paul played the crowd as he fired insults at Reigns and Paul Heyman – who he taunted for doubting him against Silva.

The Paul brothers have taken over combat sports over the past few years, with Logan even facing Floyd Mayweather in an exhibition bout. Ahead of Saturday nights showpiece, Jake told Sports Illustrated: "It’s crazy, so crazy Logan has this match. I’m so proud of him.

"It’s surreal he has this opportunity, and it’s serendipitous that his event and my event are happening on back-to-back weekends. We’re taking over the world. We’re the next Kardashians."

He added: "I love a lot of the WWE characters, and he’s on another level. I’d love him in my corner. We’d be Paul and Paul."

Would you like to see Jake Paul in the WWE? Let us know in the comments section

Paul remains undefeated in boxing, after he beat Silva via unanimous decision over the weekend.

The Spider was dropped by Paul in the final round as he romped to the points decision – Nate Dia looks set to be Paul's next opponent, with the UFC star present for the personalities win over Silva.