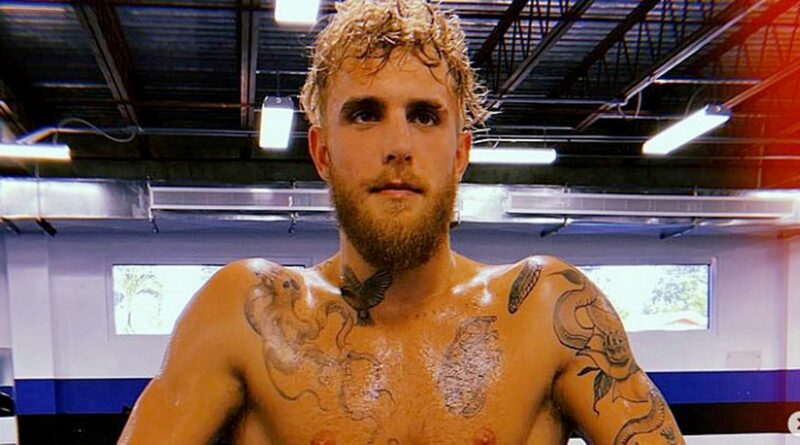 Jake Paul is set to fight Tyron Woodley at a career-light weight in their short-notice rematch on Sunday.

Paul’s coach BJ Flores has confirmed that the 24-year-old will go into the fight in Tampa, Florida, looking to be “quicker” and “more aggressive”.

The Problem Child weighed in at 190 pounds during his win by decision after eight rounds over the former UFC Welterweight Champion back in August.

But despite being allowed a further two pounds on top of that for his upcoming boxing match, the YouTube star will keep his weight down to an expected 187 pounds, which is the leanest he has ever been for a bout.

Talking to The Wade Concept YouTube channel, Flores said: “Jake's got a big chip on his shoulder from the last Tyron fight. He really does.

“He's been working very hard and instead of going out and celebrating the money or whatever else he made on the last fight, he got right back in the gym.

“He started working hard, we've switched a couple of things up, he'll come in lighter for this fight, he'll be quicker, more aggressive.

“His output is going to be faster paced and we can still box and move the whole fight but it's going to be a much different version of Jake Paul.

“So I'm really excited about it and Jake just can't wait to get in there, doesn't matter against who.”

Paul has come in lighter for each of his last four bouts, having weighed 190.5 pounds when he scored a first-round knockout against MMA fighter Ben Askren.

That was a decrease on the 191.5 he weighed against former basketball player Nate Robinson back in November 2020.

And coach Flores believes the controversial American’s new physique is down to switching his conditioning coach.

Flores said: “We brought in a new strength and conditioning coach and we're rolling, this is great.

"We're still working with the other coach as well and he still helps out but we've got a new guy that's increasing our level of fitness and our strength and power even more.

Do you think Jake Paul will knock out Tyron Woodley this time? Let us know in the comments section.

"We've got a dietician for Jake as well to make sure his eating is perfect and make sure there's nothing extra in his diet that will take away from his performance.

"We really dialled that in this camp, got his blood levels tested and everything to make sure of the foods that respond well with his blood type.

The Way I See It: This is Deontay Wilder’s chance to truly shine

Anthony Joshua welcomes Tyson Fury's claim he can knock him out