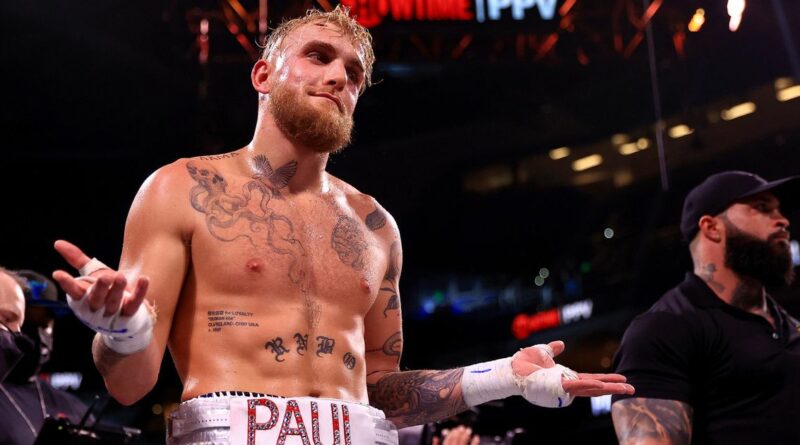 Jake Paul is reportedly set to take a huge break from boxing after an action-packed schedule which has seen him fight four times over the past 13 months.

The 24-year-old stopped Woodley with a one-punch knockout in the sixth round of their rematch.

It was the second time the two men have met after the YouTuber defeated the former UFC champion via decision back in August, and this fight looked to suffer the same fate after a drab opening five rounds.

However, Paul landed a monster knockout punch with a stunning right hand that sent Woodley to the canvas, with the 39-year-old lying out cold face down.

The referee immediately waved the fight off with medics coming to Woodley’s aid as Paul celebrated.

Paul fought in three pay-per-view main events in 2022 – including the pair of bouts with Woodley – but according to The Mirror, the YouTuber is reportedly set to take his first holiday in six years, stepping away from the ring for the time being with a seven-month hiatus.

The YouTuber will return to promote the undisputed lightweight title fight between Amanda Serrano and Katie Taylor.

Serrano signed to Paul’s Most Valuable Promotions banner earlier this year, and she will face Taylor in one of the biggest fights in women’s boxing history.

Do you think Jake Paul will fight Tommy Fury in 2022? Let us know in the comments section.

The 24-year-old co-founded Most Valuable Promotions with manager Nakisa Bidarian ahead of his first clash with Woodley, which Paul won via decision.

Paul will reportedly dedicate much of 2022 to push and promote the title fight – rumoured to go ahead in April or May at Madison Square Garden in New York – which will be co-promoted by Matchroom Boxing boss Eddie Hearn, who is the promoter of undisputed champion Taylor.

Discussions regarding an opponent for Paul’s return are ongoing with a number of parties, although nothing has been confirmed with a July date reportedly eyed.

Paul made Chavez Jr. an offer, but the Mexican is believed to not be a top priority with a number of other fighters believed to be on the table.

Tommy Fury is still under consideration with the two social media stars locked in a war of words online, and the Brit wants to reschedule his fight after he was forced to withdraw from their original bout due to a chest infection and a broken rib.

However, The Mirror are reporting that Paul and his team are focusing on a clash with Diaz, whose UFC contract is close to ending – after which he will be free to commit to a boxing clash with the content creator. 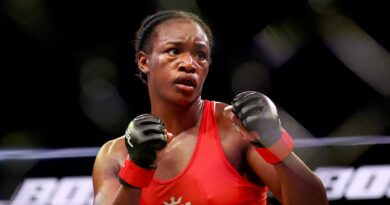 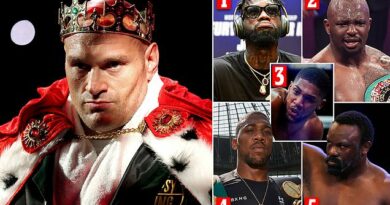 Fury's roadmap for next 5 fights – including DOUBLE demolition of AJ