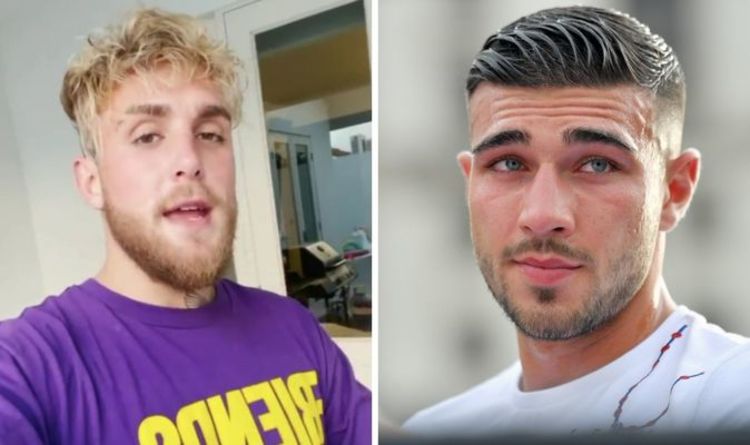 Where does Tyson Fury’s win leave the world heavyweight scene?

Hall of Fame promoter Frank Warren has confirmed Queensbury Promotions are close to finalising Tommy Fury’s highly anticipated grudge match with Jake Paul. The YouTuber-turned-boxer has been going back and fourth with the younger brother of heavyweight king Tyson Fury for a matter of months now on social media but an official fight date is now in the offing.

TNT, who was stateside in Las Vegas to watch the Gypsy King finish off Deontay Wilder on Saturday night, has already accepted a contract offer from his bitter rival Paul.

Now, the promotional teams and their legal representatives are drafting up the official fight documents.

Warren told Boxing Social that there are still some minor details to be resolved but the deal is on the verge of completion.

He said: “It’s very close, I’m just hoping we can get it over the line. As I say, we’ve all been working very hard to make it happen.

“Everyone is talking about it out here [in America] and I suppose after seeing the big man, they will want to see his brother in action.

“Fingers crossed we can get it over the line, I’m quite sure we will do.”

Paul taunted Fury on social media by claiming he had to change his name if he lost the fight as part of the agreement: “If you beat me I will give you an extra $500,000. However, if you lose you have to change your last name for one year to Tommy Fumbles.”

But the Brit was so adamant he will be victorious, he was more than happy to oblige, responding on Instagram: “We have a deal. Get that sent over to my lawyers ASAP right now. We’ll get that looked at and sorted because there’s not a chance in hell you are winning this fight.

“You’re leaving on a stretcher. You’re getting knocked spark out and you know it. Get it over to me now.”

His older brother Tyson has already warned Tommy that he will shame the family name if he is unable to beat the internet sensation.

“He’s got ambitions of being a world champion, never mind beating some YouTube guy… His name’s Fury. If he can’t beat Jake Paul, I’ll have to change his name.”

Paul is currently 4-0 with three of those wins coming by way of knockout.

UFC fighter Tyron Woodley is the only man to get the distance with Paul, who has successfully stopped Ali Eson Gib, Nate Robinson and Ben Askren.

As for Love Island star Fury, he currently boasts a record of 7-0 with four of those coming by stoppage. 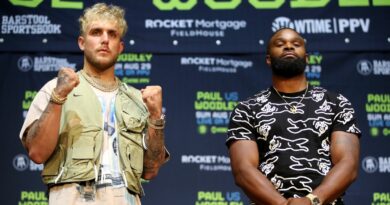