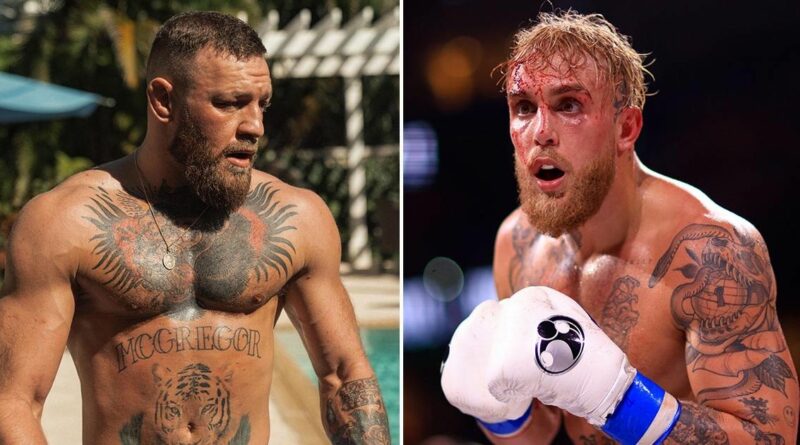 Jake Paul says he's willing to drop to 175lbs in order to secure a fight with UFC legend Conor McGregor in what would be the Notorious's heaviest ever weight for a bout.

The 25-year-old YouTuber-turned-boxer has been angling for a fight with McGregor ever since he first strapped on a pair of gloves back in 2020 and has spent the past few months calling the Irishman out on social media.

McGregor continues to pay little mind to the taunts other than posting the occasional dismissive tweet to his American would-be opponent, suggesting an agreement between the pair is still a long way off, especially with a McGregor-Mayweather rematch on the cards.

McGregor, who hasn't fought since he snapped his leg against in his trilogy fight with Dustin Poirier last summer, has two fights left on his UFC contract, but if his losing streak continues he could be tempted to strike a deal with Paul – who has set his sights on making the fight at the light-heavyweight limit.

This would be the heaviest McGregor has fought at, although only by five pounds following his three bouts at welterweight in the UFC.

Would Jake Paul actually stand a chance against Conor McGregor? Let us know what you reckon in the comments section below. Asked on the DAZN Boxing Show whether a potential fight with McGregor is bigger than a rematch between McGregor and Floyd Mayweather, Paul said: "Me vs. Conor is a way bigger fight. We know it’s just a money play if they fight.

"Me vs Conor is way more competitive, there’ll be way more s*** talked, way more entertaining, and it’s the one that everyone really wants. We would both come in at 175lb, it just makes more sense. We're both younger, we're both in the prime of our careers in terms of our notoriety, it just makes sense."