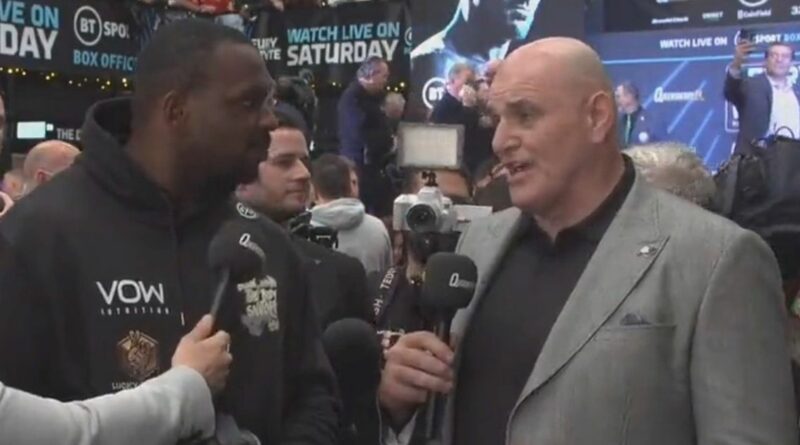 Big John Fury is willing to fight Dillian Whyte's dad for free in a London car park – but his invitation is only open until Sunday.

Tensions have flared between the two camps in the build-up to Saturday night's domestic dust-up at Wembley between John's son Tyson and Whyte. Whyte called Tyson's dad John an "idiot" after he squared up to members of his camp at a press conference ahead of the fight.

Responding to the 57-year-old's antics, Whyte suggested a possible bout between the two dads. "If John Fury wants, he can fight my dad and my dad's older than him," he told iFL TV.

"He can have a bare-knuckle fight with my dad. If he wants it now, I'll set it up and my dad will bash him in, smash him to bits. Let's see if he's gonna man up and accept the challenge."

Fury Sr has now accepted the challenge and says he'll fight Whyte's father or anyone who fancies it in a London car park before he leaves the capital on Sunday.

Talking to iFL TV, he said: "I run 30 miles a week, I punch that bag every day. I'm capable of looking after myself. Anyone who thinks I'm a pushover, come and try it. I'm in London, I'll shy away from nobody. Come and try it.

"If Whyte wants me to fight his dad, no problem. If they want it, come for the weigh in and have it. Anybody in London, I'm here till Sunday. Let's get at it. Enough of the s*** talk. If they want me in the ring, it's £1 million. In a car park, it's free."

Big John seems confident of his chances, having made similar comments to SPORTbible courtesy of Freebets.com on Thursday. "I could definitely beat his dad," he said. "I could beat [Whyte's brother] Dean, never mind his dad.

"After the fight, on Sunday morning, I'll take on all comers and goers. Car park, shirt off. Whoever wants to fight me, you're welcome to it. I'll fight his dad, no problem."

In the meantime, attention will be on the younger members of the Fury and Whyte family, with Tyson and Dillian just hours away from their hotly-anticipated heavyweight clash at Wembley. 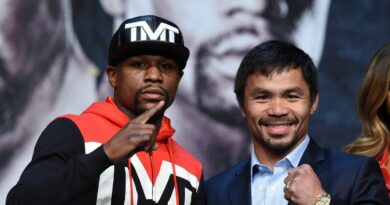