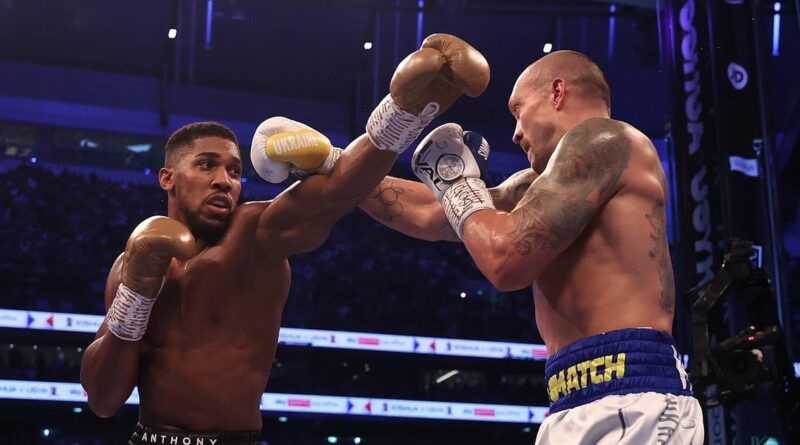 Anthony Joshua is still waiting on a date for his clash with Oleksandr Usyk with the rematch now looking set for August.

The WBA, IBF and WBO heavyweight duel is at least closer to a venue with the Jeddah Super Dome in Saudi Arabia looking the favourite to host. Promoter Eddie Hearn insists the July 23 date is not dead yet but with time ticking down he admits it is likely the bout is pushed back to August.

Hearn said: “There is the potential to be pushed back a couple of weeks. It’s being discussed, with both sides. I got a call last night with [Usyk promoter] Alex Krassyuk and [manager] Egis [Klimas] about it. There is so much to do you get to a stage where July 23 is seven weeks on Saturday and part of our obligation is to do a media tour.

“Is it more sensible to do a media tour and give it more time to do it properly? It is not that someone is injured, everyone is desperate to fight. Both want to fight again in December. Pushing it two or three weeks is OK but we don’t want to go any longer because then December goes. July 23 is not gone yet but sort of every day that passes [it seems less likely].”

Hearn insists there is no chance the rematch could be cancelled if it faces further delays with agreements in place. WBC champion Tyson Fury believed his rematch clause with Deontay Wilder expired in 2020 but he was forced by a US arbitrator to have a third clash with the American.

But Hearn does not see any issues like that. He said: “We have a potential offer in place that everyone accepts. We could have pushed ahead for July 23 but we have to go to Saudi Arabia [for a media tour], got to go to London and then five weeks out and flying around the world. It’s an important fight. Not doing it on July 23 is going to break anyone’s heart. We never announced July 23.” Meanwhile, Hearn insists he is ready for the backlash from returning to Saudi Arabia. Fans have already started reacting angrily to news the WBA, IBF and WBO heavyweight championship is heading to the Middle East.

Joshua has already fought in Saudi when he outpointed Andy Ruiz to become a two-time world champion by getting revenge against the Mexican-American. But Amnesty International was vocal about Joshua fighting in Saudi Arabia back then owing to human rights issues in the country.

This time it is not Joshua’s side pushing to head to the Middle East, with Usyk’s team keen to bank the biggest pay cheque possible for the rematch. “At the end of a day, this is not a game of tennis,” Hearn said. “This is two guys having a fight in a ring putting their lives on the line. We’ve done it before.

“It was extremely successful, everyone kept their word, the fighters made a lot of money. It is impossible in a sport like this to say to a fighter, ‘you can earn X to do it in London or three times as much for doing it out there’. Ultimately, the contract states – this is not just us – if there’s an offer that comes that is the maximum money we have to do it. We are happy to do it, by the way. We are ready for that [backlash], we’ve been there before, we’ve done it before.” 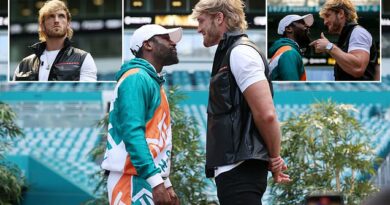 Logan Paul insists he can beat Mayweather despite huge mismatch 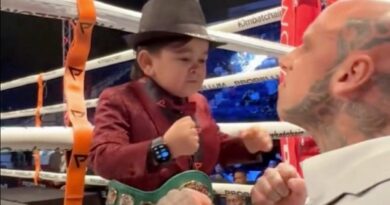