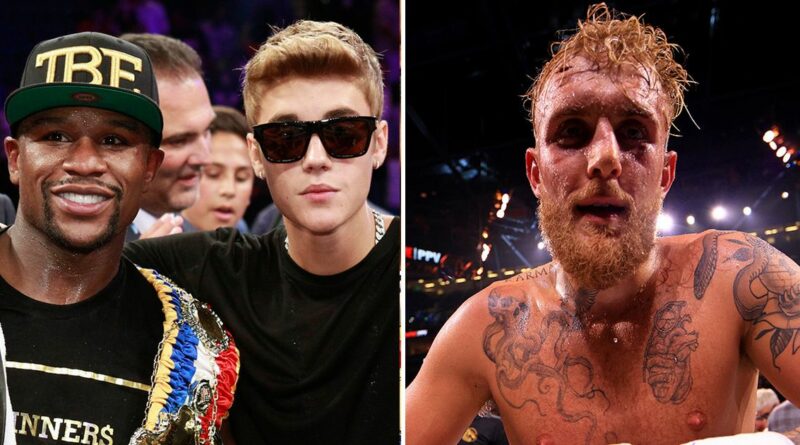 Pop star Justin Bieber has the ability to be the next Jake Paul following the Canadian’s secret boxing sessions, according to screenwriter Gregory Allen Howard. Howard is writing a film based on Ukrainian boxing legend Dimitry Salita, and singing sensation Bieber has been tipped for a role.

The screenwriter has been able to get a glimpse of Bieber’s skills with the gloves during some secret sessions and Howard has been impressed with what he has seen. So much so, he has tipped the Canadian to follow in the footsteps of Paul.

He told Vegas Insider : “From what I've seen of Justin Bieber, he has the talent and the boxing skill to crossover from an entertainment background into boxing.

“He has the ability to become the next Jake Paul. I saw Justin spar and he's got skills. I'm not telling you he's ready to be the middleweight champion of the world but he’s not bad.

“The hard thing in a boxing movie is to move like a boxer. Justin Bieber apparently was taking some lessons, he was really quite credible. There's a little clip of him on YouTube or something. He's very credible as a boxer. “

Do you think Bieber could make the move into the boxing world? Let us know in the comments section below.

Discussing Bieber's role in the boxing movie, he added: “We are trying to get Justin Bieber to play Dmitriy’s character. I was talking to his manager and his manager was going to be a producer of the movie. So we tried Justin but it was a little difficult at the time because he’s in demand.”

The Canadian pop star has shared a well documented friendship with a boxing legend in Floyd Mayweather. It was widely reported that their friendship had run its course back in 2017, after he was told by church pastors to ‘cut bad influences from his life’ which seemingly included Mayweather, according to TMZ.

Back in 2017, the boxing legend told Hollywood Unlocked: “Justin Bieber is at a point, he’s in a place right now, that he’s focused on church, he’s focused on his new team, he’s focused on the Lord, and the only thing I can do is give him the utmost respect. To each his own. I’m not here to be negative and talk bad about anyone.”