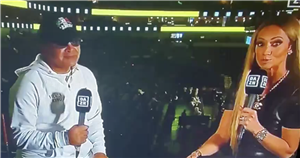 The former Sky Sports presenter led coverage for DAZN of the American’s seventh-round TKO of Luke Campbell in Dallas, USA.

Winning the WBC interim lightweight title, the 22-year-old was not the only Garcia fighting on the night as his younger brother Sean beat Rene Marquez.

But when DAZN wanted to get comments from the fighters’ dad Henry, it proved to be an awkward moment live on TV thanks to the presenter’s opening question.

“You make them pretty, you make them athletic, that's some good sperm you got there, Sir.”

All Henry could do was laugh awkwardly after the very personal question before carrying on with the interview.

Footage of the interview was quickly shared on Twitter, where viewers were left in stitches at the question.

“What have I just heard on DAZN,” one viewer said.

Another commented: “Kate Abdo appreciating great sperm! 2021 is off to a great start.”

While a third suggested the comment should earn recognition, with: “It’s only January 2 and Abdo already with the quote of the year.”

And a fourth added: “I don’t think I’ve ever heard a ‘good sperm’ reference from a commentator on a boxing card before, yet here we are. 2021 if off to a great start.”

With a fifth simply writing: “Something a bit different on DAZN.”

Campbell was making his third attempt at a title shot, having lost to Jorge Linares and Vasiliy Lomachenko.

And the Englishman had the better of the opening rounds, putting Garcia on the canvas for the first time in his career with a left-handed uppercut.

But he could not make it count, allowing the 22-year-old back into fight – and he landed a brutal blow to Campbell’s liver in the seventh round.

Unable to beat the count, the 33-year-old had to concede a title fight for the third time in his career.

You can read the full report from the fight on Daily Starhere. 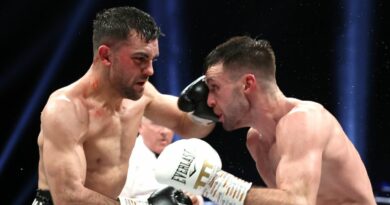