The intimidating wall of green as far as the eye could see was replaced by nerve-jangling noise – this was no longer merely the glass ceiling of acceptance being breached, it was being completely smashed to bits.

Katie Taylor vs Natasha Jonas was not the gold medal fight but it was the gold standard, an eye-opening dose of atmosphere, theatre and excellence that had not been previously associated with women’s boxing.

The 2012 Olympic Games was the tournament that changed boxing forever; female fighters did not just participate for the first time, they shone. Nicola Adams became a national hero. A teenager named Claressa Shields was worth keeping an eye on. And Taylor and Jonas wrote the first chapter of their rivalry which will resume on Saturday, live on Sky Sports Box Office. 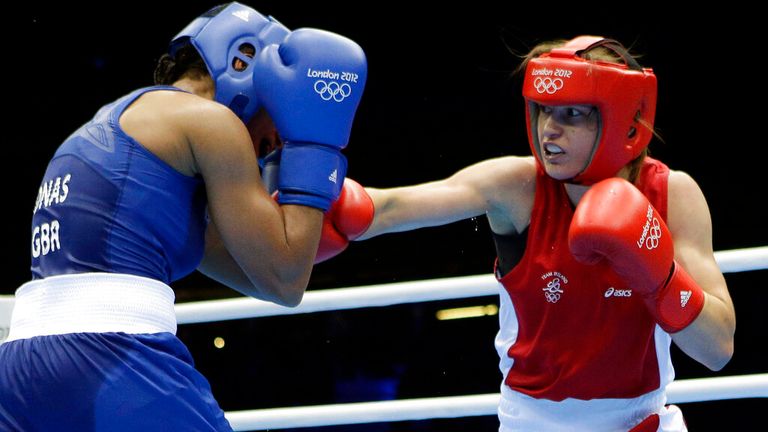 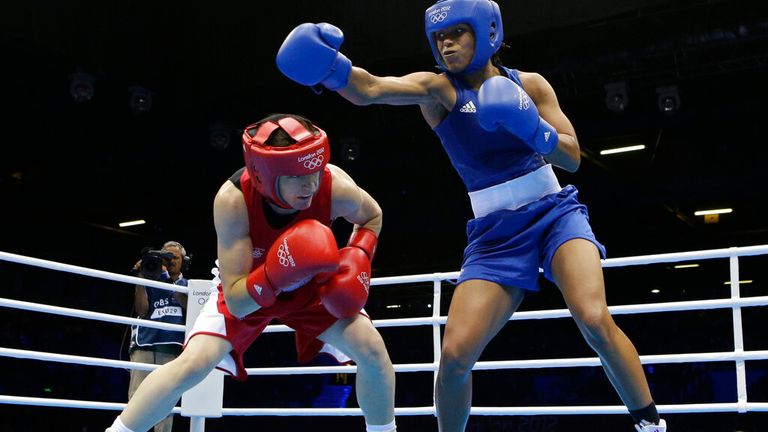 Taylor remembers the moment in 2009 she learned that the Olympics would finally welcome female boxers: “I was with my parents who told me that [the rule] has passed,” she tells Sky Sports.

“Pure excitement because I was so disappointed four years earlier when I didn’t get into the Beijing Olympics. To hear the words that I would have a chance? It was such a special day, the start of my childhood dream coming to pass.”

Jonas tells Sky Sports: “We weren’t even in England at the time, we were at a training camp in Sweden. The Swedish press were there filming us. We were huddled around a TV waiting for the announcement – we cheered and hugged each other.”

Boxing had previously been the only Olympic sport to allow men but not women but this heralded a new dawn.

“It’s everything we’ve been fighting for – it all changes starting now,” Nicola Adams said at the time.

The boxers were permitted to wear shorts, instead of skirts as mandatory, in a rule-change by the International Boxing Association (AIBA), the then-governing body. The individuals became sought after.

Jonas, the Liverpool lightweight, became Britain’s first qualified female boxer and would later become the first British female in an Olympic fight. She edged Chantelle Cameron who, last year in the pro game, became a world champion. Jonas still hasn’t. Before the Olympics even began, storylines were unfolding that Jonas is trying to readdress today.

“Nobody knew who these three boxer women were! So we were constantly doing media,” Jonas remembers of the build-up. “Amateur boxing is rarely on TV. We weren’t like Jess Ennis or Rebecca Adlington.” 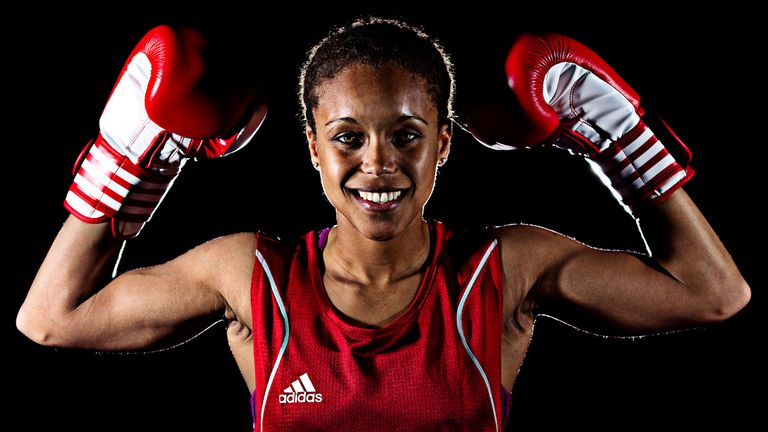 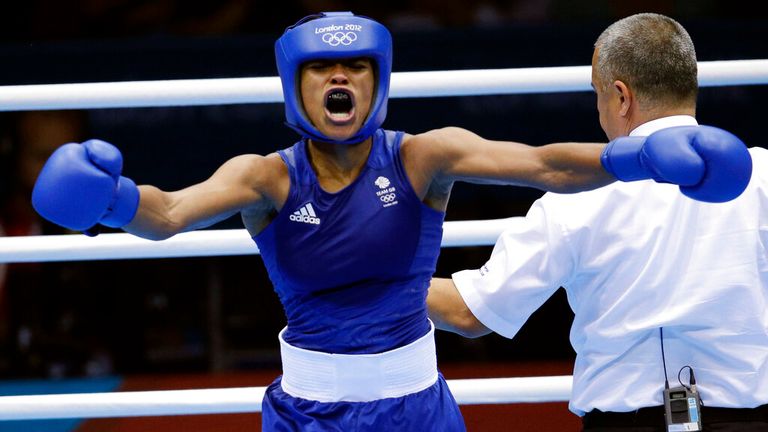 “What’s strange is that me and Katie, for four years, were in the same weight division but we never met until the fourth year,” Jonas says of the rival who defined her Olympic experience.

“That’s odd because you expect to meet the same people all the time. But the depth of talent at Team GB meant that sometimes I went to a tournament, sometimes Amanda Coulson, sometimes Chantelle Cameron.

Taylor beat Jonas at a tournament in Bulgaria a year before the Olympics (an “edge of your seat type of fight”, she describes it as) but then lost in the final, a rare chink in her armour. But the Irish standout was, on account of her five amateur world championships, the opponent to keep an eye on.

“We identified what we called ‘threats’,” Jonas says about her strategy with Rob McCracken, the Olympic coach who is now in Anthony Joshua’s corner.

The feeling was mutual, as Taylor tells Sky Sports: “Natasha was consistently there or thereabouts throughout her amateur career. I knew if I ended up facing her it would be a tough battle.”

It was hard not to look beyond your first opponent towards the key threat, but that temptation was mitigated.

“Team GB took our phones away so we couldn’t see the draw, the reaction, the social media. That was a good thing because it’s natural to work out who you might draw.

“You could have your mind on someone but they are upset. It’s very rare to box the person you expect.

“We got rid of that by taking our phones away.”

Jonas defeated Quanitta Underwood of the US in her first fight: “She had lost to Katie in the world championships in Barbados – it was a decision that could have gone either way. She wasn’t someone we identified simply because she hadn’t done well in those championships.

“We didn’t think she was as good as she was! Certain countries have a style of boxers – the Americans are flat-footed and try to land big shots so we tried to hit and not be hit, never throw more than three shots.” 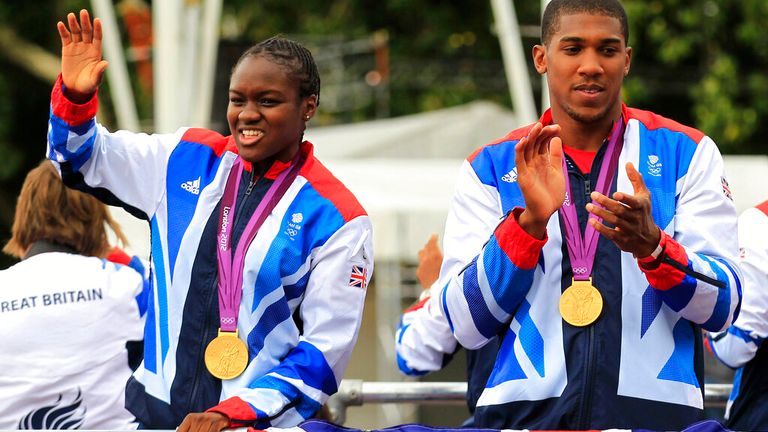 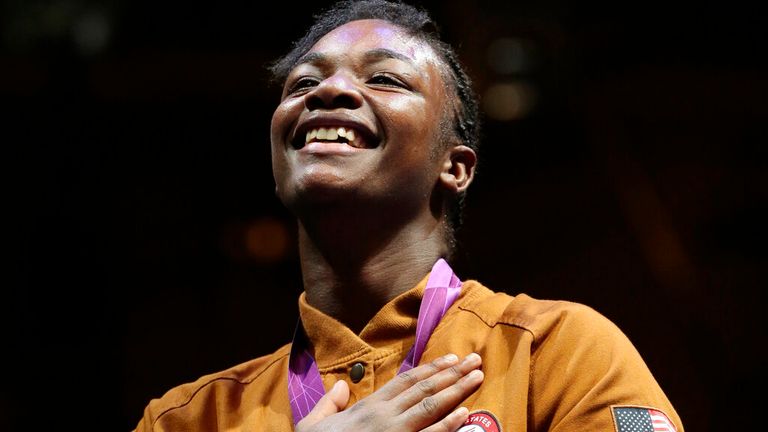 Nicola Adams and her infectious smile became the face of Team GB’s boxing challenge at the London Games, her affable personality winning her fans as her whirlwind fists won her fights.

But Savannah Marshall’s journey was different – the Olympics never saw the best of her and she was eliminated after one fight, despite having beaten eventual gold medallist Shields just months earlier in a result that is still waiting to be avenged.

Shields was just 17 when she lost to Marshall then won Olympic bronze. She has since won gold in 2016 too, then become a record-breaking three-weight world champion as a pro who wants to fight Marshall again.

“If I didn’t have all these Olympic gold medals and accolades, nobody would care about a fight between me and Savannah,” Shields told Sky Sports recently.

“Is it going to be a back-and-forth brawl? No. I would be as dominant as I am against every other fighter. Probably more dominant because she speaks so much and I want to beat her up.”

Marshall has hit back: “I hit too hard for Shields. I do. She doesn’t want to know.”

Shields vs Marshall is one of the best fights that can be made in boxing, where the seeds were sewn in 2012. Much like Taylor vs Jonas, a nine-year itch that can finally be scratched for the British underdog who refuses to go away. 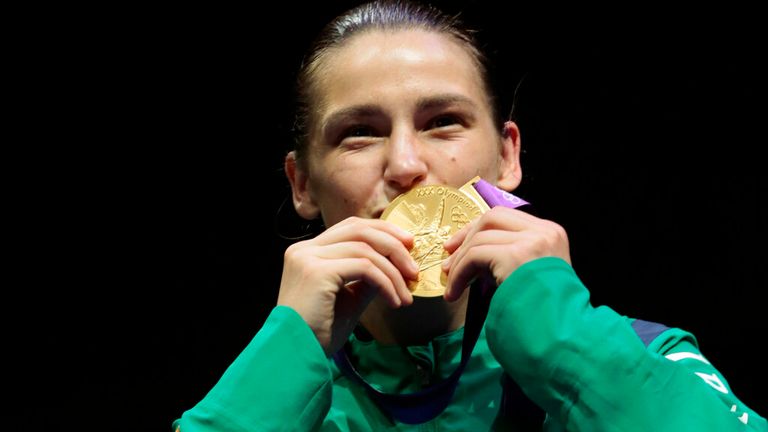 “When they turned the curtain back, all I saw was a sea of green,” Jonas remembers about Taylor’s fervent Irish supporters.

She wasn’t used to home advantage: “We went away to tournaments constantly. We never had tournaments at home, never mind the Olympics, the pinnacle for amateur sport.

“When we go away, the whole world hates us! We got booed and only got a cheer if we boxed the USA! I didn’t know what to do when people cheered for me at the Olympics.”

Taylor and Jonas produced a brilliant scrap – it created the loudest crowd noise of any event at London 2012, clocked at 113.7 decibels.

“I came out with an Olympic record without a medal! In the ring it drowns out. But I remember the roar of the crowd,” Jonas says.

Her best work against Taylor in their first fight came during the second half which was fresh in her mind.

“In the Olympics it was about a fast start because you only had four rounds and it was points scoring,” Jonas says.

Taylor, the eventual gold medallist, won 26-15 but Jonas played her part and remembers: “Dr Wu, who was chairman of AIBA at the time, said that when he envisaged women’s boxing at the Olympics, this was what he wanted. That was a great comment.

“Peter Taylor [Katie’s father and then-trainer] was saying: ‘Tasha was someone we identified as a threat because she’s one of the most improved boxers on the circuit’.

“Even now, I honestly believe the only person who could have beaten me in those Olympics was Katie. It’s a shame the fight was so early on.”

Jonas, now 36 and likely entering her last chance to become a world champion after a valiant draw with Terri Harper last year, had not re-watched her Olympic heartbreak until last year.

“I never felt the need to. Ego, pride, hurt. I still get hurt from it. I remember myself in that situation,” she says.

“There was always the thought we would collide again at the top of the pyramid. The Viviane Obenauf fight threw me off but we’re back on course. Years ago, it was thought that this would happen.

“Nine years in the making, I’ve had to wait a long time. We’re not the 2012 boxers, we’re two different people now.”

Jonas took time to realise that she played a big part in the tournament that changed boxing forever.

“I didn’t appreciate what a moment it was until I left the amateurs, and I looked back. It’s the same now. As a competing athlete I was results-driven.

“Now I look back, I see it was a great time. Look how many women have joined boxing since. We did something great there.”

Taylor’s undisputed lightweight title is on the line on Saturday but she remembers London 2012 as: “The first time that the whole world saw women’s boxing for the first time.”

Record-breaking noise will be replaced with eerie silence when Taylor and Jonas meet again in a fight nine years in the making. Both of their names were made at an historic Olympics but only one can further their legacy. 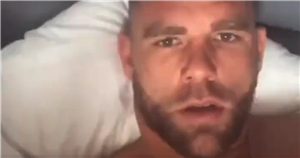