Kell Brook has challenged bitter rival Amir Khan to be ringside for his December clash with Michael Zerafa at Sheffield Arena.

Brook faces Zerafa in a WBA super-welterweight eliminator before a showdown with Khan in the spring down at 147lbs.

He aims to show Khan what to expect when they finally clash, although he is unsure if the former light-welterweight king is man enough to show up on December 8.

“I want to close the year in special fashion and set up some blockbuster fights in 2019,” said the former IBF welterweight champ.

“I was ringside for Amir Khan’s last fight, so let’s see if he’ll be there on December 8 or will he be too shook for Brook.

“This is the biggest opportunity of Zerafa’s career and he will be coming over here to take my scalp.

“But there are levels in this game and I need to put him away to get the big fights I desire.”

Promoter Eddie Hearn claims Australian Zerafa, who is a former Commonwealth super-welterweight title holder, will be good preparation for Brook ahead of a clash with Khan.

“We know the Khan fight is on the horizon,” said Hearn. “This is all part of Kell’s preparation for being razor sharp and bringing his weight down to 147lbs – Zerafa aims to spoil the party.”

Zerafa, 26, has lost just two of his 27 fights and claims Brook is underestimating him.

“I thrive on being the underdog and I believe Kell Brook’s team have made the mistake of overlooking me,” he said. 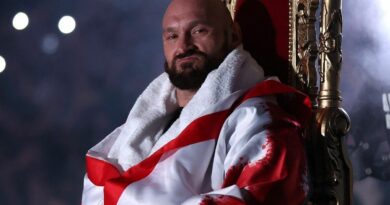 Usyk vs Bellew: Tony Bellew got ‘nothing to lose’ vs Oleksandr Usyk