The former welterweight world champion has not been at his best since back-to-back defeats by Gennady Golovkin and Errol Spence left him with two broken eye sockets and even more broken dreams.

The Brit looked out of sorts in his last bout against Michael Zerafa and at one point looked to have hung up his gloves.

But the forgotten man of British boxing insists he still has what it takes to compete at the highest level ahead off his return tonight.

The fight is due to start around 10pm.

The fights will be shown on Sky Sports Arena from 7pm and Sky Sports Main Event from 8pm.

The fights can be streamed by Sky Sports customers on the Sky Go app or website.

Kell Brook has admitted nothing less than a "spectacular" win over Mark DeLuca will suffice as he looks to regain the attention of the world champions at 147lbs and 154lbs after a lengthy hiatus from the ring.

'The Special One' takes on ex-Marine DeLuca in his first fight since December 2018 as he seeks an impressive win to stake his claim for a world title fight in 2020.

"2020 I want to be two-time champion," said Brook. "I've never been as driven, I've never been as focused in my whole career as I am now, because I want to mix it with the best. If I don't have an unbelievable performance, it doesn't count on February 8, I'm not happy.

"It's got to be spectacular. You've got to go away and think 'he's back better than ever.' That's what I want people to say. I want to be on everybody’s lips, ‘I can’t believe what this guy’s done. I can’t believe it. What’s happened? He’s the main man again'. That’s what I’m aiming for. 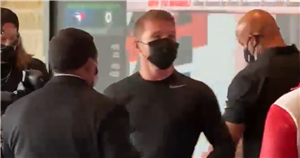 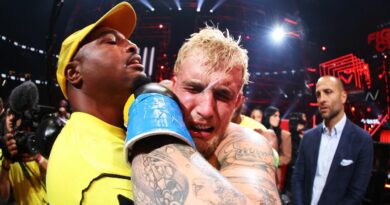 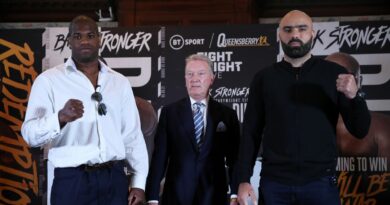