Meanwhile, Matchroom Sport chairman Barry Hearn has revealed that Joshua’s next opponent is set to be named.

‘I understand there’s every chance he’s going to make an announcement tomorrow, so it’s getting there,’ Barry Hearn told Sky Sports.

‘It’s difficult, it’s very difficult, the political world of boxing and the money they’re talking about, but it’s also difficult when a few people view it as an opportunity to put one over on AJ, or us, or boxing.

‘We have five likely opponents, so it’s not a question we’re going to be blackmailed, we’re never going to be forced into doing anything stupid, because we just don’t work like that. Eddie is just playing the cards dead straight.’ 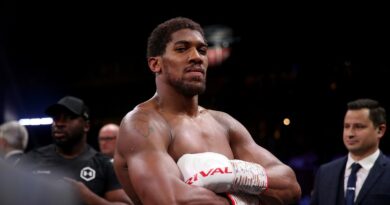