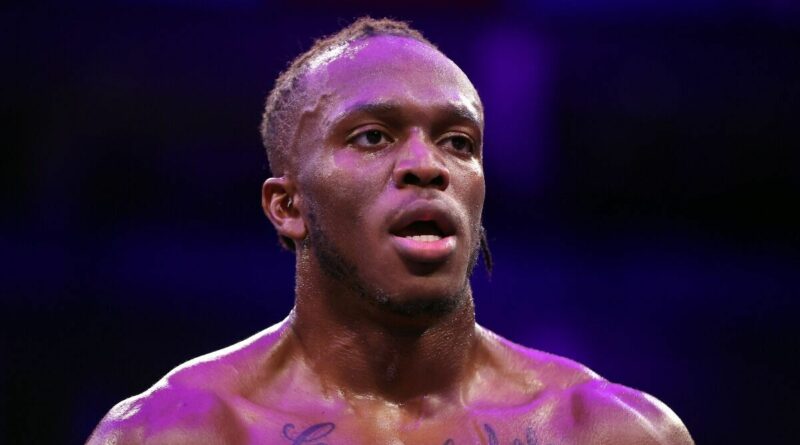 KSI sent a stark warning to rival Dillon Danis after the duo clashed ahead of a potential fight next year. Conor McGregor’s old training partner Danis was involved in an explosive face-to-face with the Youtube star during a Misfits Boxing press conference as tensions boiled over in the US on Friday.

Danis and KSI were in Austin, Texas ahead of Saturday’s DAZN X series Misfits event, with a showdown anticipated between the duo in 2023. MMA star Danis attacked KSI, who was in attendance to promote a fight under his new promotion banner.

And Danis, who has been linked with a crossover boxing bout with various MMA fighters and social media stars in recent years, is now targeting a battle against KSI in his first fight since 2019.

After the weigh-ins were completed in Texas, Brazilian Bellator fighter Danis entered the stage and confronted the Youtuber-turned-boxer as the pair went nose-to-nose. “How are you doing? You’re looking small?” Danis said, with KSI replying that he was excited.

“Yeah I’m excited too, you gonna sign the contract or no?” Danis remarked, before asking: “You want me to choke you out right here?” A defiant KSI responded:“Nah you don’t need to. But I could knock you out right now if I wanted to.”

Danis was then suddenly seen throwing a left-hand jab towards KSI’s jaw as security rushed in to intervene and pull him away. KSI was then heard screaming ‘get off me’ as things quickly got out of hand at the press conference.

The furious exchange added fuel to the fire of a potential bout as KSI targets a new opponent following two exhibition victories in the same night last month. And KSI sent a brutal x-rated tweet to his new rival in a blunt message after their collision. “I’m the wrong guy to f*** with @dillondanis,” he said.

Meanwhile, KSI also fancies his chances of defeating Floyd Mayweather in a future exhibition bout. His brother Deji was stopped by the unbeaten American and KSI was ringside in a fight that descended into a farce at Dubai’s Coca-Cola Arena.

“Deji got beat up for six rounds. I think for me, I hated it, because I just don’t want to see my brother get beat up like that,” KSI said in his recent Youtube video.“It just p***** me off. I wanted to get in that ring and f*** Floyd up.

“It was infuriating losing to someone who I know he can beat. And I know a lot of you will say that there’s no way Deji can beat Floyd Mayweather, but I think I can beat Mayweather. 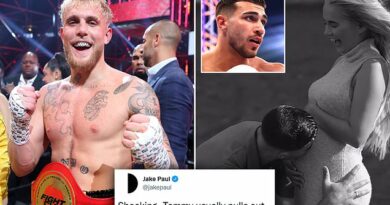