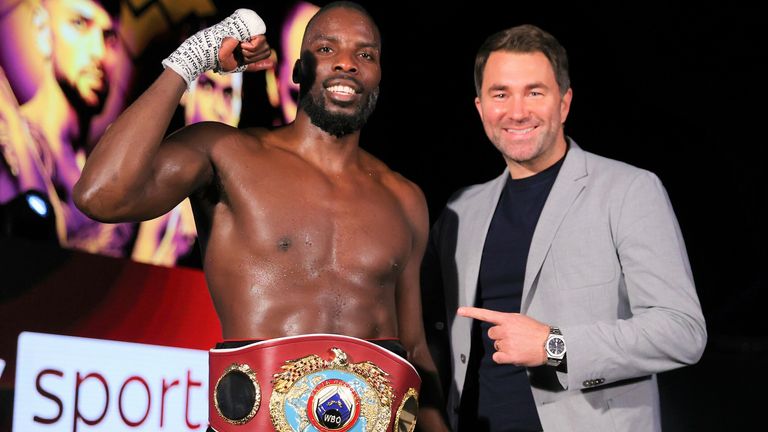 Lawrence Okolie’s ‘scary’ power and sharper skills can overcome any of the world’s top cruiserweights after he claimed the WBO title, says promoter Eddie Hearn.

The unbeaten 28-year-old inflicted a crushing knockout on Krzysztof Glowacki to claim the vacant WBO belt at The SSE Arena in Wembley.

In just his 16th fight, Okolie effortlessly stepped up to world class, and Hearn now intends to deliver fights against rival champions.

“My goodness was he good enough. Not just good enough, an absolute masterclass,” Hearn told Sky Sports. “The jab, the footwork, the right hand. The work on the inside, the spinning off.

“That was a good enough performance to beat any cruiserweight in the division, and that’s what we want to do now. 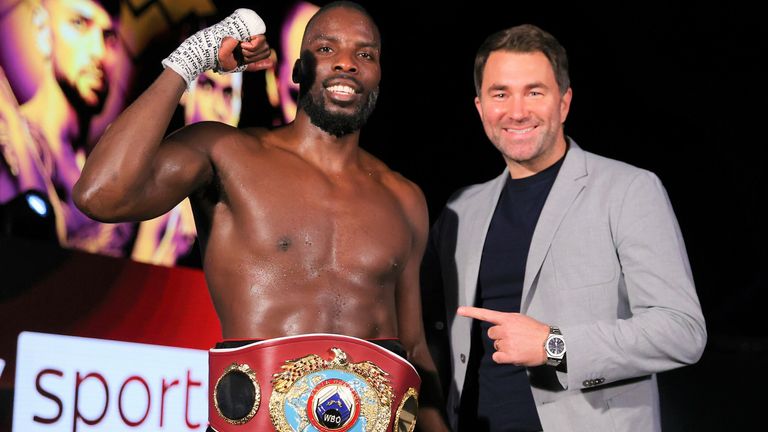 “We don’t want to muck around, we want to go straight for all the titles and unify the division and then move up to heavyweight.

“He’s got scary power, but he used to be all power. Now he’s got the jab, he’s got the movement, he’s got the knowledge up here. (Trainer) Shane (McGuigan) has done a tremendous job.”

Okolie immediately declared his desire to test himself against Mairis Briedis, the IBF champion who was crowned as the World Boxing Super Series winner last year.

Dear @Lawrence_tko congrats on realizing your dream 👏Mairis Briedis? That’s totally another level…[email protected] let’s get it on baby! #BriedisOkolie

“I feel like I would like to fight someone like Briedis next,” said Okolie. “I think out of the champions, Briedis is the one that I would most like to go in next with.

“That would be unified in 17 fights and 42 career fights.

“Obviously any champion that Eddie can get, but the one I would be looking for is Briedis.”

Kalle Sauerland, the promoter for Briedis, welcomed this challenge by tweeting: “Dear @Lawrence_tko congrats on realizing your dream. Mairis Briedis? That’s totally another level…. @EddieHearn let’s get it on baby!”

“Briedis is a difficult fight. Briedis is no mug,” said Bellew. “He’s very clever on the inside, he will come with a game plan. That’s a different prospect altogether than what he’s faced in Glowacki tonight.

“Ilunga Makaku is also very, very dangerous. Hard hitting southpaw. I know all about his power, he really can punch, so that’s another dangerous fight.

“But listen, I make him the favourite in each of the fights, purely based on his style, his power and how he’s imposing himself. His style is evolving and what he’s doing is getting better with each and every fight.”