Home » Boxing » Logan Paul: 'If I fight Floyd Mayweather again, I promise I'll knock him out' 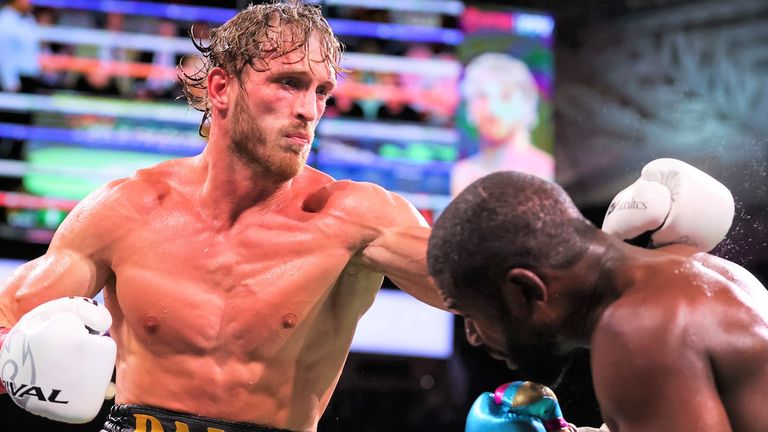 Logan Paul has claimed he would KO Floyd Mayweather if they met in a rematch.

The YouTuber-turned-boxer emerged with credit after going the eight-round distance with the all-time boxing great in an exhibition bout last month.

He has now said to TMZ: “Let me ask you what you’d rather see – Jake Paul vs Floyd or me vs Floyd again?

“Because, let me tell you something, if I fight Floyd again, I promise I’ll knock him out.

“I’ve got him figured out. I got it. At the end of the eighth round he was breathing heavy, I was coming alive.

Woodley explained he has been training with Mayweather: “He showed me stuff, not specifically to beat Jake, but to be a world-class boxer,” Woodley said. “In MMA sometimes we waste energy. But everything I do will hurt Jake. My feints will hurt him.”

Jake Paul hit back: “How is Mayweather going to teach you to beat me when he couldn’t even finish my brother?”

But he lashed out at Conor McGregor: “Eighteen months ago I said I wanted to fight Conor and people laughed. Now I’m laughing at Conor. He needs Jake Paul more than I need him. I would knock the fake teeth out of his mouth. McGregor would not stand a chance.”

Jake Paul had mocked him across social media by creating a $100,000 chain of his image.