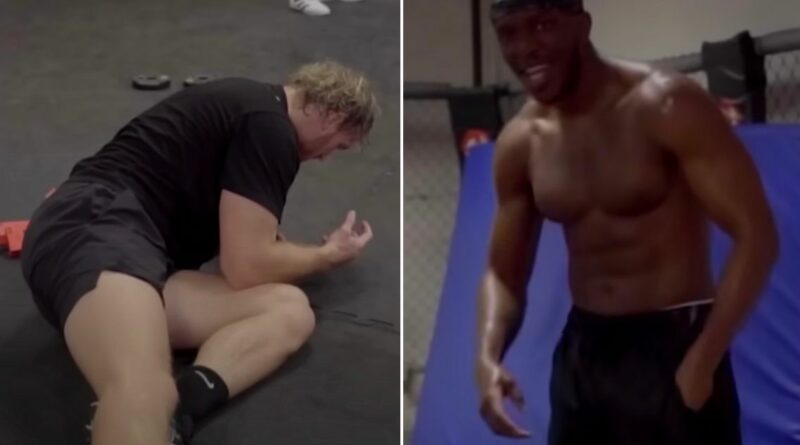 Logan Paul was left in a bad way at the hands of KSI – but this time it wasn't because he'd been taking boxing punches.

The two former opponents joined forces shortly after KSI announced he would be returning to the ring in August when he takes on fellow YouTuber Alex Wassabi. It will be the star's first bout since his debut pro win over Paul in 2019.

A year prior to that, the former business partners had gone it in a six-round exhibition bout, which was deemed a draw by the judges. Paul, 27, has since gone on to fight Floyd Mayweather in another exhibition and even starred with the WWE at Wrestlemania in April.

READ NOW: KSI's next fight confirmed with YouTuber to return to ring next month to avenge brother's defeat

And now it seems that KSI has enlisted the help of 'The Maverick' as he works towards his clash with Wassabi at The O2 Arena on August 27. The rapper used his YouTube channel to post highlights of the pair's gruelling training session, which left the American struggling to get up off the floor afterwards.

After being handed a drinks bottle, Paul manages a smile as he says: "Ladies and Gentleman. Prime hydration." It seems the session didn't end there though, with the clip then showing how the pair continued training by hammering tyres with sledge hammers.

Will KSI take out Wassabi? Let us know in the comments section.

Paul needed another sit down later on, and asked KSI: "What happened this camp that you're like so ripped so early?" Paul seemingly helping KSI train will raise eyebrows among boxing fans, given the latter has regularly called out his younger brother Jake.

In May, he told fans "I need to f**k Jake Paul up! So, you best believe it’s coming," when asked about a potential boxing comeback. He also mocked his rival by starting a crude chant about him at the Capital FM Summertime Ball.

'The Problem Child' was expected to face Tommy Fury on August 6 but it appears that fight has been scuppered after Fury was denied entry to America over his family’s alleged ties to crime boss Daniel Kinahan. KSI then offered to save the fight by inviting Jake and Tommy to box on his undercard in London, an invitation that was declined. 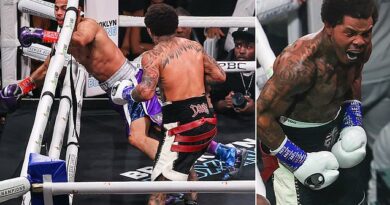 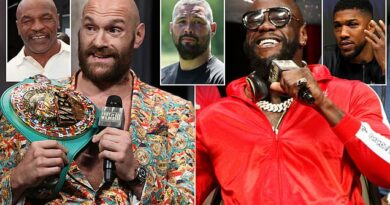