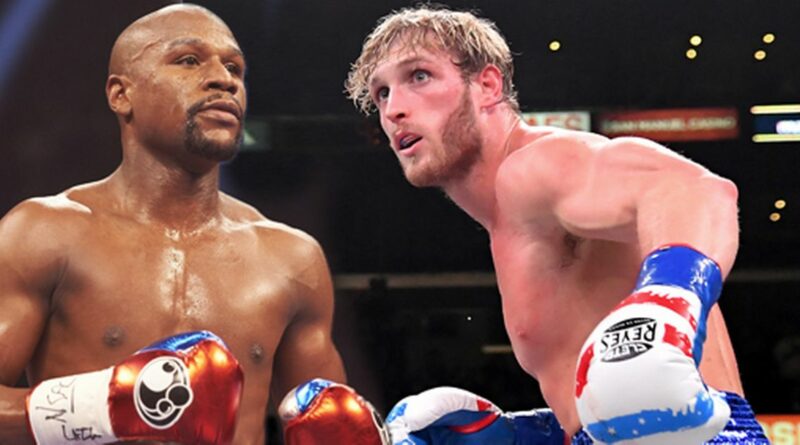 Logan Paul has insisted that his upcoming bout with Floyd Mayweather Jr. is going ahead as planned – and warned the iconic boxer that he is feeling dangerous.

Despite Mayweather’s unbeaten record of 50 consecutive fights, YouTuber Logan has told fans to expect something special following his 18 months out of the ring since losing to KSI.

Although there have been some doubts over whether the bout would be going ahead after the original date of February 20, 2021 was cancelled, the 26-year-old is feeling confident.

After joking about his opponent’s record, Logan has now explained why he is more dangerous than ever in his quest to topple the greatest of all time.

Speaking with ET's Denny Directo he joked: "I'm going against Floyd Mayweather, and they're saying he's pretty good, this guy. They're saying he's never lost. These are the rumours. I don't know if I believe them, but allegedly."

Before adding: "I feel so dangerous. I feel so confident. I don't know if I've ever felt more confident about anything in my life. I'm a dangerous fighter, man.

Adding of his chances: ”You learn a lot when you lose. I would almost be more afraid of the man who's lost and is determined and also has nothing to lose.

"Think about it, I don't have anything to lose. Floyd told DisruptiveEntrepreneur: “I can fight a fighter right now and I can guarantee myself $35million.

“I can eventually probably make $50million, for just a regular fight.

“Or me and Logan Paul can go out, entertain, have fun and make nine figures $100million or more.”

Joshua vs Pulev: Anthony Joshua warns Kubrat Pulev ‘there aren’t any chinks in my armour’