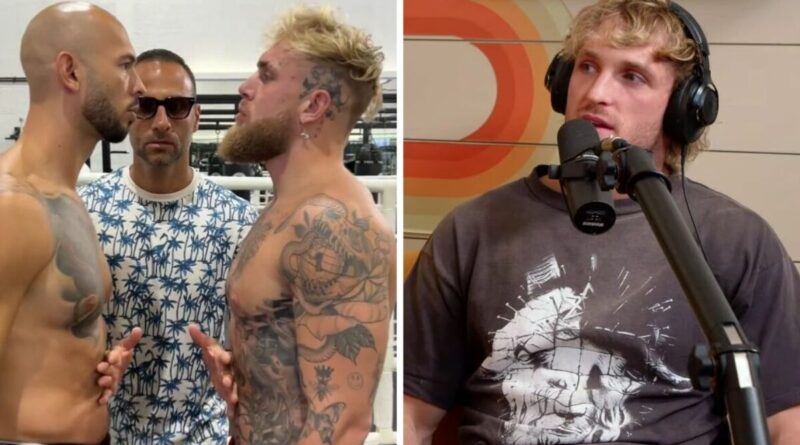 Logan Paul is still chasing an MMA showdown with controversial internet star Andrew Tate. The Maverick is excited by the possibility of getting his hands on his fierce rival and revealed that he recently had a vision about fighting him inside the cage.

Speaking to JEFF FM, he said: “I had this vision this morning, real vivid in my head. Me and Andrew Tate finally did it, we finally signed up for an MMA fight. I’m coming in hot, fast – I had this dream, I choked him out in 15 seconds, I’m not kidding, 15 seconds.

“And then, in this vision, I stood up, I looked up at him and I was almost disappointed for him because I think that’s what would happen. I think I’d destroy him quick and then be like ‘that was the Top G, that was the guy?’ You know what I did? I grabbed the fence, and I didn’t move.

“I didn’t get that far [thinking about post-fight interview]. I’m sure something like that would happen but yeah, I like thinking about these possibilities of us fighting. They excite me.”

Paul has been a vocal critic of Tate’s rhetoric and was a staunch supporter of his ban from social media earlier this year. After initially rejecting the idea of squaring off against the four-time ISKA kickboxing world champion, Paul came to the realisation that the best way to ‘deplatform’ his foe is by defeating him in a fight.

During an interview with UFC star Sean O’Malley, he said:  “I text his agent and said, ‘He said he would fight me for free it sounds like a money day for me’. So, he rang him up and it turns out he wants two warm-up fights.

Conor McGregor to use drugs testing loophole for early 2023 return

“I was pushing for it this would be fantastic. I thought maybe we could forego those warm-up fights and do it. But then the agent replied and said, ‘if you want to fight him WhatsApp him directly’.

“I have a solution, why don’t we do something that neither of us have done? An MMA fight between me and Tate in the UFC. Me vs Tate in the Octagon. I am giving him options.”

Despite Logan’s hopes of fighting Tate, it is his brother Jake Paul who is more likely to get the influencer mega fight next. A couple of weeks ago, Jake posted a video of him and Tate facing off at a gym in Dubai with the caption: “Negotiations.”

This was followed by a statement from Tate’s PR team confirming that both parties are attempting to trash out a deal although there have been no updates since. 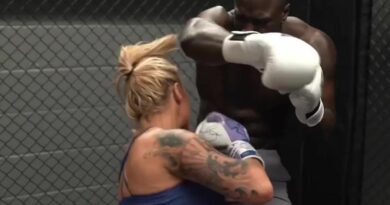 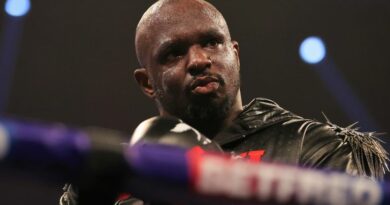