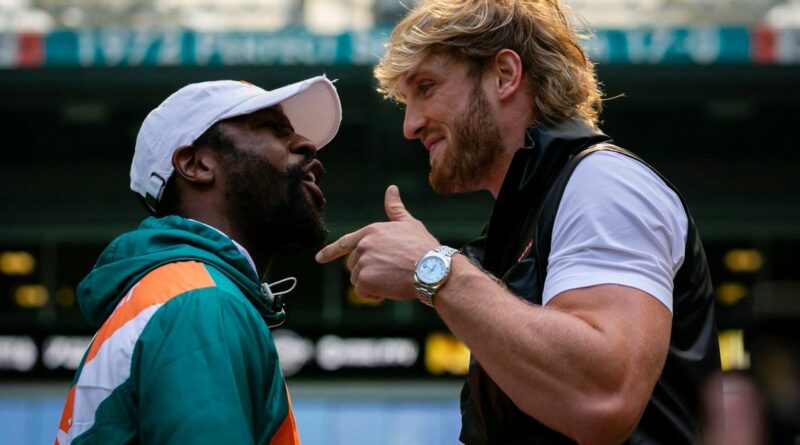 Logan Paul has admitted his first staredown with Floyd Mayweather was an underwhelming experience, despite the boxing legend's 'larger than life' presence.

The YouTube star met Mayweather at a media event last month to promote their June 6 exhibition bout at the Hard Rock Stadium in Miami.

And despite the later chaos that would ensue between former pound-for-pound great Mayweather and Paul's brother Jake, the initial exchanges were relatively tame between the combatants.

Mayweather made barbs alluding to Paul's controversial 'suicide forest' video that almost saw his internet career ended in 2018, while the YouTuber hit back with a jab about Mayweather's 2011 conviction for domestic violence.

But speaking on the True Geordie Podcast , Paul admitted that going face-to-face with such an historically significant athlete left him asking 'is this the guy?'

"I kid you not," he told host Brian Davis. "I said this on stage, the only thing I could think was 'this is the guy?' This is the larger than life, highest paid athlete in the world? The greatest boxer of our generation?

"I was looking down going 'this is it?' It was slightly underwhelming, not a let-down but for me exciting because I really thought that I'm going to do this.

"I'm just not intimidated, not impressed."

The pair will meet again later this week in Miami for a ceremonial weigh-in on Friday before their bout on Sunday night, where Paul is a ginormous underdog.

But the 26-year-old 0-1 pro is unintimidated by the seemingly insurmountable odds facing him in the ring when they touch gloves in the early hours of Monday morning, UK time.

"He's like the dad who's trying to stay young, you know what I'm saying?" Paul continued. "We get it dad, your time has passed.

"He landed on a nickname for me at some recent press conferences that I think he liked a lot, he called me 'Logan Fall', and I think he thought that was a zinger.

"You know what I realised in the past week? This man has got a serious temper problem, I noticed it at the press conference, you would think someone of his caliber could handle their emotions and stay collected.

"He's got a serious f***ing temper problem, I think it's almost like his kryptonite, if you can get under his skin which I'm going to by being a f***ing d***head in the ring, an absolute a**hole, it's going to be absurd."

The rivalry between the Paul brothers and Mayweather appears to be very real, and there have been talks of another exhibition between the boxing legend and Logan's brother Jake after his next fight against Tyron Woodley.

"He's got this vendetta against Jake," Paul continued. "And by default that now affects me, and it's really personal, you know?

"He's a piece of s*** outside of the ring, I don't think that that's up for debate – but humans have this thing where if a person is so good at their craft or their art, they can almost look the other way in situations where they shouldn't." 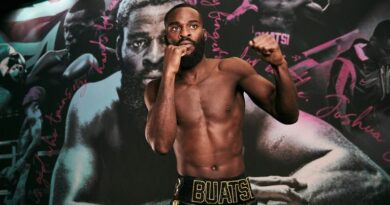