Floyd Mayweather has set his sights on building a casino empire in Japan – and could reportedly open them with a rematch against Manny Pacquiao.

Mayweather outpointed Pacquiao in 2015 and speculation has been rife over a possible rematch ever since.

The unbeaten pound-for-pound king has effectively retired although he did take part in an exhibition fight against Japaneses kickboxer Tenshin Nasukawa last year.

Mayweather launched TMT Japan in June and is looking to build his very own empire in the Far East.

Hong Kong based promoter Jay Lau has opened up on Mayweather's plans and also suggested a rematch with Pacquiao is on the cards. “Mayweather came to Tokyo to set up TMT Japan because of the Japan casinos that open in the next year," Lau told the Sun.

“It means boxing will get more and more popular. The Manny rematch is the biggest thing that can happen.

“I hope it does happen, it could be a big possibility that fight is the grand opening for the Japan casinos.” Mayweather is said to be keen on doing more exhibition fights after the success over Nasukawa, but he has his sights set on Pacquiao.

On a possible rematch with Pacquiao, Lau added: "Mayweather came two times to Hong Kong, he spoke with my son Jayson and we had communications but now he is focusing the Pacquiao rematch.

“We spoke a bit about doing a special fight in China, but half way through he turned to the Pacquiao rematch so we stopped.” 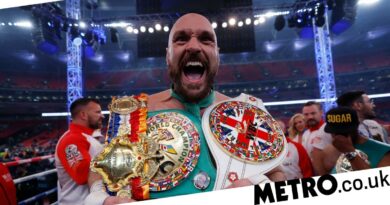