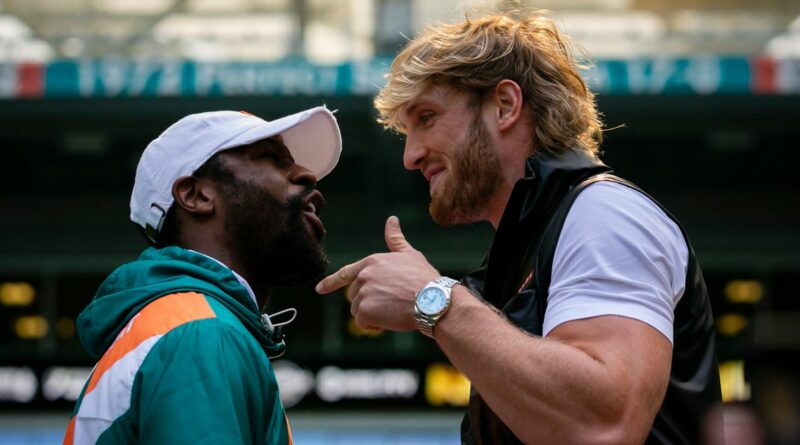 Floyd 'Money' Mayweather has vowed to put Jake Paul in a neck brace if he pulls any more stunts with the former world champion.

Mayweather – who still boasts an unblemished record – is set to face Paul's brother, Logan Paul, on June 6 in an exhibition bout in Miami, Florida.

However, during a press conference for the event, Paul snatched Mayweather's hat, and he preceded to mock the boxer on Twitter.

He released a song under the name 'Gotcha hat', and went as far as having the phrase tattooed onto him.

And in a recent interview, Mayweather has revealed his anger.

"I'm nothing to play with. I ain't one for the jokes. Totally disrespectful," Money told Showtime.

"That's why you [Jake Paul] ended up with two black eyes, your nose got f****d up and your teeth got chipped – keep f***ing with me and next time you're going to end up in a neck brace."

Mayweather, who had launched himself at the prankster, was unable to get his hands on Paul after security intercepted him.

A second press conference is set for Thursday, and time will tell if Paul will take Mayweather's threats seriously.

However, Logan certainly has, and he has upped security following Mayweather's threats.

Paul has one professional bout to his name, a loss to KSI in 2019, Mayweather, on the other hand, has 50 victories with 0 defeats.

READ MORE: Jake Paul to announce "biggest fight yet" against "toughest opponent by far" on Tuesday

READ MORE: Floyd Mayweather warned he will "embarrass his career" if he loses to Logan Paul 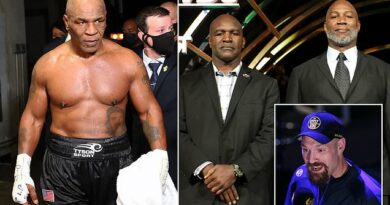