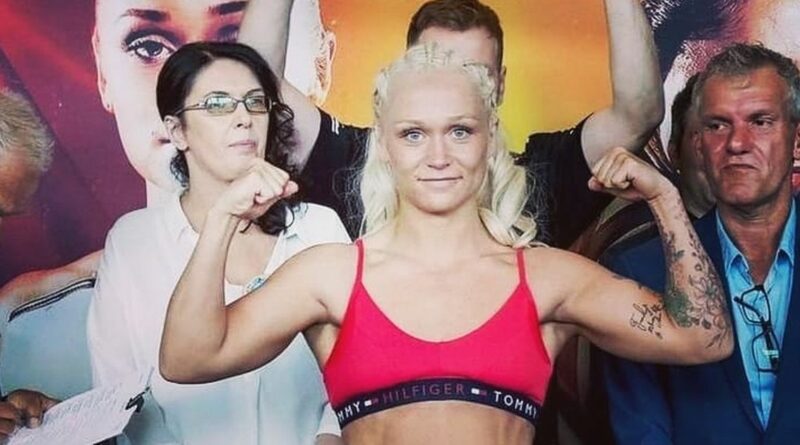 Bridges might be the original Blonde Bomber and, to many, the best, but Danish fighter Dina Thorslund is out to challenge that and says she can dethrone the lingerie-loving Australian. Bridges, 35, became the IBF bantamweight title hold after beating Maria Cecilia Roman in her adopted home city of Leeds last month.

The Aussie babe has plenty of options for her next fight, with a rematch against Shannon Courtenay potentially on the cards. There's also the prospect of a unification bout against Yulihan Luna or Jamie Mitchell. And now WBO champion Thorslund has thrown her name into the ring in dramatic style, too.

"It would be amazing to fight Ebanie but the result would not come as a surprise to people because I would win because I am better than her," Thorslund told Boxing Scene. "But it would be a great fight and the build-up could be real fun with two blonde bombers!

"I believe I am the strongest fighter at bantamweight and with the right preparation, I can take all of the belts and unify the division," she added.

"That is my goal and to get to this point in my career has been a long time coming, especially with no promoter for so long, but with Probellum backing me I hope we can make these massive fights for women’s boxing."

WBO bantamweight champion Thorslund certainly deserves to be taken seriously. The 28-year-old blonde from Copenhagen is 18-0 as a professional and defended her super-bantamweight three times before switching to bantamweight in 2021.

Do you want to see a fight between Ebanie Bridges and Dina Thorslund? Let us know in the comments section.

She claimed the belt for the first time with a unanimous decision victory over Jasseth Noriega in June last year. And she retained it by defeating Mexican veteran Zulina Munos with a devastating seventh-round KO in November.

Thorslund completed the second defence of her belt last week as she overcame Venezuelan challenger Niorkis Carreno with scores of 99-91, 99-91 and 100-90 on the judges' scorecards.

Now she's targeting a date with Bridges or one of the other bantamweight champions, the aforementioned duo of Mitchell and Luna or interim WBC belt holder Jessica Gonzalez.

Whether that opponent will be Bridges remains to be seen. Speaking after the Aussie's victory over Argentine opponent Roman last month, Matchroom promoter Eddie Hearn gave a strong hint towards a rematch with Courtenay.

He said: "Shannon Courtenay will be back in the summer. Ebanie Bridges v Shannon Courtenay II is a huge fight. Obviously this time around Ebanie defending her world title, and that's a big fight.

"I think a voluntary defence will be next, in the summer, and then it's up to Ebanie. It’s up to Ebanie and Mark Tibbs to carve out a way of when they will be ready."

Hearn continued: "The unification fights are all tough. [Yulihan] Luna is a great champion, Jamie Mitchell is a great champion "Every champion wants to try and unify, but I do think you're going to see continuous improvements from Ebanie under Mark Tibbs.

"You want to reach that ceiling of improvement before you jump into unification, but [it's] definitely the target for this year." Fingers crossed. 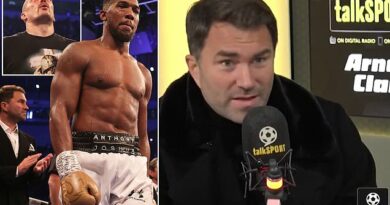 Hearn reveals Joshua is 'sulking' after crushing defeat to Usyk